Our townscape team considered that, with the Cheltenham Transport Plan Phase 4 having the potential to run for 18 months, it would not be beneficial for the town centre to have reduced traffic at Boots Corner without attempting to balance this with experimental improvements for pedestrians and cyclists.

We also decided to collect data on walking and cycling at Boots Corner, to see if people’s behavior has changed and whether this may be as a result of the temporary improvements.

The temporary improvements to benefit pedestrians and cyclists at Boots Corner are:

Timber-slat benches fixed to the fountain plinth – providing a comfortable sitting surface, with back and arm-rests - making the seating far more accessible to a wide range of people.

Artificial grass applied to the fountain plinth – helping to challenge people’s perception of the space. The grass provides a resilient and temporary uplift to the otherwise hard and cold concrete ‘crazy-paving’ that had been degrading there for many years. People can use the grass for informal sitting and relaxing year round, increasing the capacity for seating. 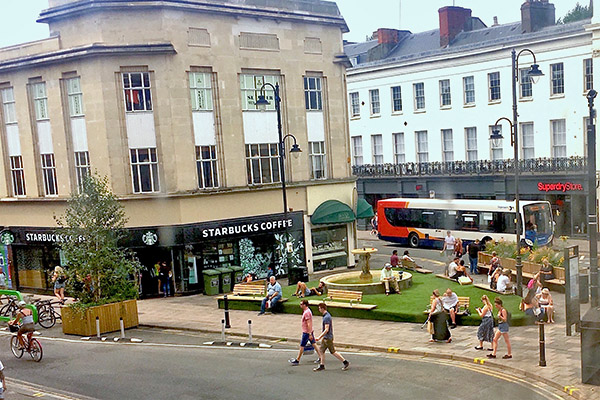 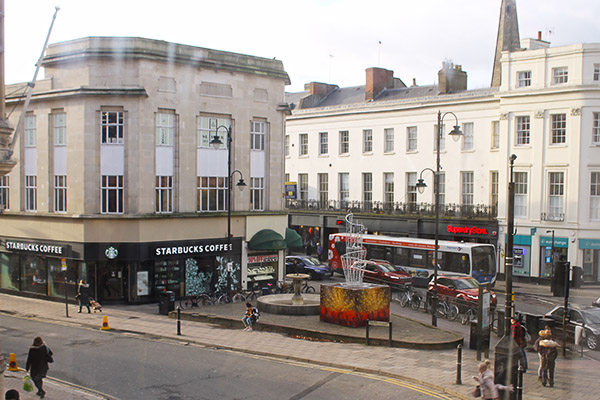 Timber planters placed on redundant road space – showcasing how the public space can be significantly ‘softened’ with planting. They have been filled with trees, shrubs and perennials to support biodiversity and uplift the ambience of the space by adding a splash of colour. The species list is available to download if you're interested. Timber is a cost effective material for temporary street furniture and enables the planters to be relocated elsewhere in the town. The bench attachments further increase seating capacity without compromising on pedestrian space. 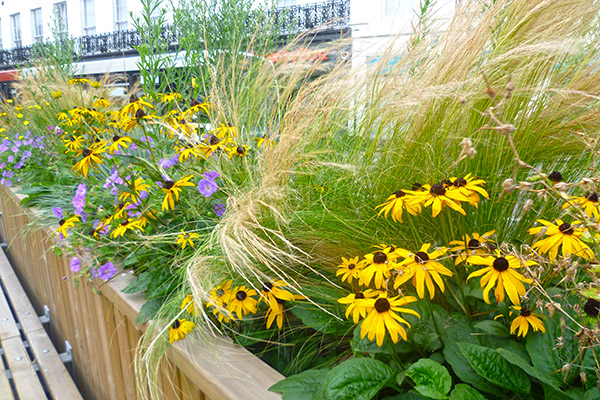 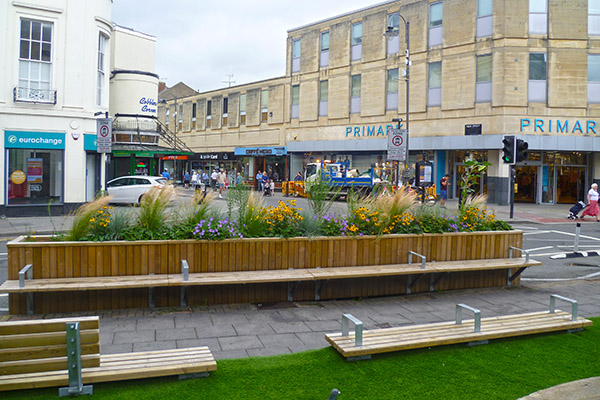 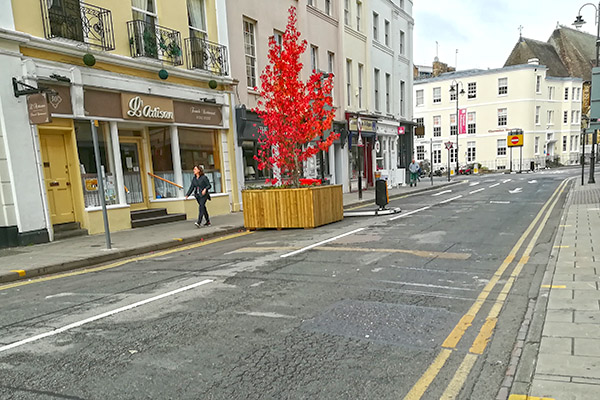 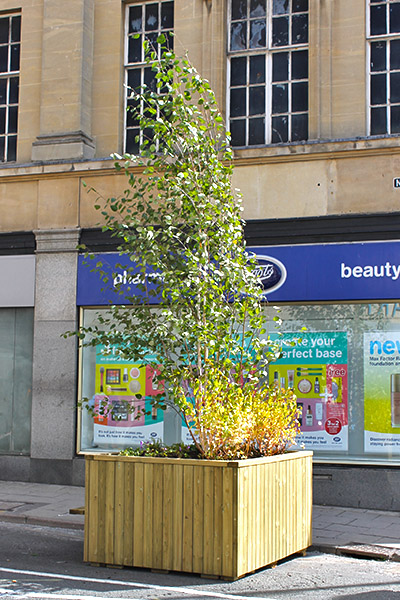 Cycle stands placed on redundant road space – replacing the degraded stands and railing seen before, but without reducing pedestrian space. The bold design of the stands helps to raise awareness of their presence with cyclists, and provides a protected space for both cyclist and bike. With the stands located on the road space there is also a simple underlying message in the design - where there used to be space for 1 car, there is now space for 10 bikes. 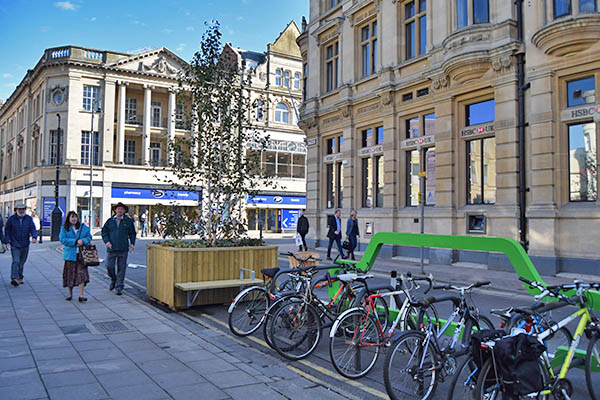 Purchasing, fitting and maintaining the temporary improvements cost less than £50,000, which is under 5% of the budget used on the permanent High Street improvements between Cambray Place and Rodney Road. Yet, according to the data collected, since these temporary changes were introduced, more people are sitting, parking their bikes and walking and cycling through the space. This suggests that:

Findings like these will help to influence a better design solution for the future of the public space Boots Corner, regardless of the outcome of the traffic trial. Once such a design has been determined, and the project ready to implement, the experimental improvements will be removed and reused at other locations in Cheltenham. We will update this webpage at that time so you can see where the planters, seats, cycle stands and artificial grass have been ‘up-cycled’.