Flying the flag for our armed forces 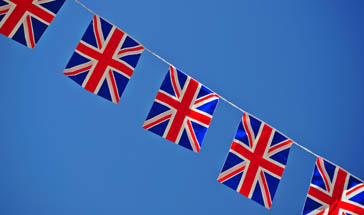 Britain's armed forces, past, present and future will be honoured with a show of support on Monday 23 June, when a flag will be raised at the Municipal Offices in Cheltenham.

Cheltenham Borough Council will be raising the special armed forces flag at 11am, with an outdoor ceremony hosted by Councillor Simon Wheeler, mayor of Cheltenham. There will be local dignitaries in attendance and members of the public are welcome to the event.

Mayor Simon Wheeler said: “This week gives us the opportunity to raise public awareness of the contribution made to our country by those who serve and have served in Her Majesty's Armed Forces. It gives the nation an opportunity to show our support for the men and women who make up the Armed Forces community; from currently serving troops to service families and from veterans to cadets.”

The raising of the flag marks the start of a week dedicated to recognising the work of the armed services. The week builds up to National Armed Services Day, which is on Saturday 28 June. The flag at the Municipal Offices will stay raised for the week of celebration.

Anyone is welcome to attend the ceremony. Please can those attending assemble at the War Memorial at the front of the Municipal Offices at 10:45am.

10.45am  Assemble in the War Memorial Enclosure

We remember before Thee, O Lord, and entrust to Thy keeping those who gave their lives in the service of their Country and who, by their valour, saved this our land from the power of the enemy.