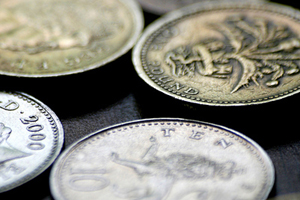 Monies raised by the late night levy in Cheltenham have been set aside to enable the funding of night time economy initiatives.

From Monday 1 December 2014 community groups, organisations and businesses are being invited to bid for a share of up to £80k to reduce the demand on policing and management of the night time economy.

The Late Night Levy fund will assist projects that support the following outcomes:

-              Working together to support safe movement through the night time economy

Application forms will be available on request by contacting the Police and Crime Commissioner’s commissioning team from 1 December 2014 with the deadline for applications being 5pm Friday 30 January 2015.

“Both the council and PCC have agreed that rather than using the levy funds to support existing services, the levy will be used to fund preventative activities that will reduce demand both on policing and management of the night time economy.

“We are looking for some really innovative approaches and proposals to deal with some of the issues associated with the management of the night time economy.”

Gloucestershire’s Police and Crime Commissioner Martin Surl, said: “Cheltenham’s night-life is one of the most active in the region and keeping its communities safe while people are out and about having a good time puts pressure on both police and council resources.

“I think that businesses benefitting from Cheltenham’s buoyant night-time economy should share in the cost of achieving our goal of safer days and nights for all and I’m pleased that the implementation of the late night levy is finally getting under way.”

There are no restrictions on who can apply for the late night levy fund. The maximum term for funding will not exceed one year however funded projects may reapply the following year if further funding is required. To find out more see the LNL Funding FAQs. From 1 December you can request an application form by emailing the Police and Crime Commissioner’s commissioning team.

The late night levy is payable by premises that are licensed to sell alcohol between midnight and 6am.

Under the legislation the Police receive at least 70% of net levy revenue with the remainder being retained by the licensing authority to fund alcohol-related crime and disorder and services connected to the management of the night-time economy.