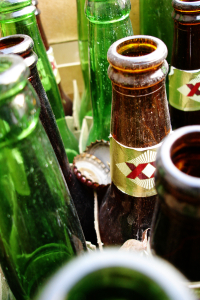 From today (Tuesday 1 December 2015) community groups, organisations and businesses can bid for a share of up to £70k, thanks to the money raised by the late night levy in Cheltenham.

The council and the Office of the Police and Crime Commissioner are again pleased to invite funding bids for projects and work that will help shape Cheltenham’s night time economy in to a safe, diverse and well managed place for everybody to enjoy.

Cheltenham’s late night levy has been in place or more than a year now and it has funded some exciting and innovative projects in the last twelve months.

The Late Night Levy fund will support projects that help towards the following outcomes:

Cheltenham was the second town in England to introduce a late night levy in April 2014. The money raised from it contributes towards the costs of managing the late night economy. Projects funded by Cheltenham’s Late Night Levy (LNL) so far are already having a positive impact on the town’s night time economy, making it a safer and more welcoming place for residents and visitors. Some of these include:

• The introduction of the body worn CCTV cameras worn by the town’s taxi marshals – these have proven to be an effective means of deterring potential trouble makers.
• The university has expanded its student community patrol work and is planning an additional night to provide support to fellow students out enjoying Cheltenham’s night life.
• Funding provided to the St Paul's Street Watch has enabled the group to purchase night safe radios to keep in touch with what is happening in the town.
• Work to get Purple Flag accreditation for the town.

Application forms are available on request by contacting the Police and Crime Commissioner’s commissioning team from today (1 December 2015) with the deadline for applications being 5pm, Friday 29 January 2016.

“We are already beginning to see the positive impact that money raised through the late night levy is having on Cheltenham’s night time economy.

“This year we are looking for some really innovative approaches and proposals to deal with some of the issues associated with the management of the night time economy.”

Gloucestershire’s Police and Crime Commissioner Martin Surl, added: “The Late Night Levy has already been used to fund a wide and imaginative range of schemes.  These have not only helped reduce pressure on both police and council resources, but also contributed to make the town an even safer, friendlier place.

“Cheltenham is rightly known for what it has to offer through its night-time economy and it’s important that all interested parties make a contribution to maintaining that reputation.

“I hope as many as possible will take advantage of the Late Night Levy now the bidding is open.”

There are no restrictions on who can apply for the late night levy fund. The maximum term for funding will not exceed one year however funded projects may reapply the following year if further funding is required. To find out more see the LNL Funding FAQs. From today (1 December) you can request an application form by emailing the Police and Crime Commissioner’s commissioning team.

Notes:
Information on the LNL fund can also be found in the question about the Commissioner’s Fund.

The late night levy is payable by premises that are licensed to sell alcohol between midnight and 6am.
Under the legislation the Police receive at least 70% of net levy revenue with the remainder being retained by the licensing authority to fund alcohol-related crime and disorder and services connected to the management of the night-time economy.
Rather than managing two separate spending programmes, a single spending programme for Cheltenham has been agreed facilitated by a Late Night Levy Advisory Group that will include representative from both the OPCC and CBC, plus members from the licensed trade.