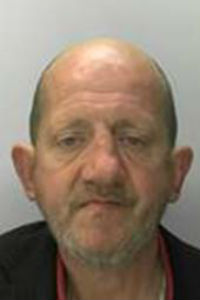 This followed numerous warnings by police and council staff for him to stop causing harassment, alarm and distress through begging.

Mr Lamport would sit in his wheelchair and pretend to be homeless on an almost daily basis to beg outside shops in Cheltenham. Even though he was in receipt of full benefits including housing benefit, he would hold a sign stating he was homeless to persuade people to part with money.

The case was brought against him by Solace, a joint team of officers from Gloucestershire Constabulary, Cheltenham Borough Council and Gloucester City Council.

PCSO Patel based in Solace said: “It is understood that Mr Lamport told members of the public that he was homeless in order to obtain money from them which he would use to buy alcohol.”

Solace team leader, Louise Boyle, said: ‘Before taking enforcement action we followed a process of a verbal warning, a letter of concern and a final warning letter asking Mr Lamport to stop his behaviour; at each stage he was also signposted to where he could receive support in the hope that it would help him reduce the cycle of alcohol use.”

The civil injunction order imposed by the courts forbids Mr Lamport from:

The order will remain in place for a year and will expire on 31 October 2020 at 4pm.

Anyone witnessing Mr Lamport breaching his ASBI is asked to contact the police on 101 or the Solace team on 01242 264368.

Image is copyright to Gloucestershire Constabulary – this image may only be used for this press release purpose.

Notes:
Solace is committed to reducing anti-social behaviour in both Cheltenham and Gloucester through support and where needed enforcement action.

Please see the map with shaded area from which Mr Lamport is forbidden from entering: 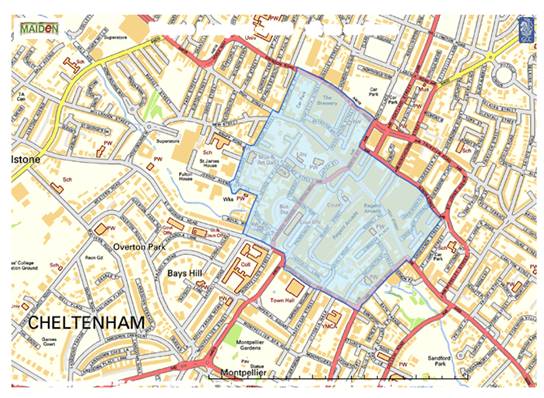