Charging ahead with new EV vehicles for Cheltenham 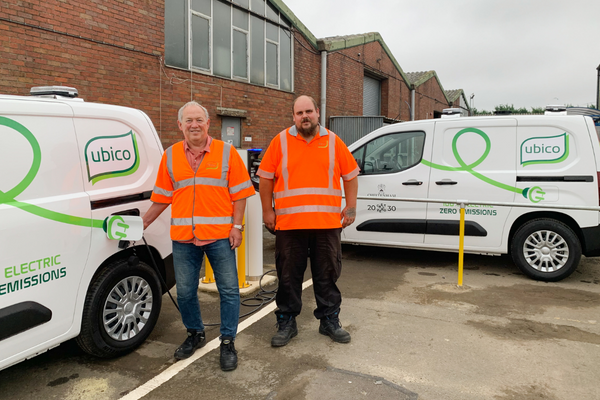 Cheltenham will soon see its first two electric vehicles on the road and saves 9.455 tonnes of carbon dioxide (CO2) since May, supporting its goal of becoming a net zero borough by 2030.

Two new electric vehicles will be on Cheltenham roads this week after joining the council-owned vehicle fleet at Ubico Ltd, the council’s environmental services partner.

The vehicles are both Toyota Proace City and will not generate any CO2 emissions. They will be used by the grounds maintenance team and the facilities cleaning team helping to further support the Council’s target of becoming a net carbon zero council and town by 2030.

Focus on reducing CO2 emissions continues to be a priority for the council and its partner Ubico. Since May this year, when different technology was introduced for the heavy goods vehicles to be driven in the most efficient way, the teams have reduced CO2 emissions by 9.455 tonnes. This is the equivalent of 156 tree seedlings grown for 10 years, capturing and storing atmospheric carbon dioxide.

Work will continue with the Council’s partner Ubico to support carbon reduction in the rest of its diesel fuelled fleet.

Councillor Iain Dobie, member for waste, recycling and street services said: “I am really proud of our Ubico drivers and their support in reducing carbon emissions by this much in such a short space of time. I hope residents and businesses in Cheltenham will follow our example and think about alternative fuels for their vehicles to reduce carbon emissions too.”

The Council is working towards replacing all vehicles in its fleet under 3.5 tonnes with electric as they become due for renewal and also the introduction of alternative fuels for the heavy goods vehicles on the fleet operated by Ubico.

For more information on how to reduce your waste or find out more about the council’s climate emergency work, visit www.cheltenham.gov.uk. Information is also available about 'CheltenhamZero' on twitter, a partnership approach of local private and public organisations, charities and community groups – working together to achieve a net-zero carbon emissions in Cheltenham by 2030.

In 2019, Cheltenham Borough Council declared a climate emergency and a commitment to be a carbon neutral council and borough by 2030. The goal of a carbon neutral borough will be met by delivering activity which supports and promotes the town’s core vision to be a place where everyone thrives.

As part of the progressive step towards cleaner travel and carbon zero goal, the Mayor continues to use a zero emissions car to attend Cheltenham’s civic and ceremonial events.