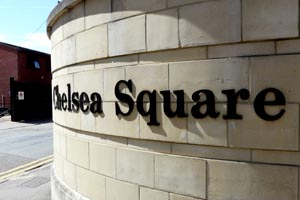 Developers must consult with Cheltenham Borough Council at the earliest possible time to allocate new street names. Early receipt of the proposed street names allows us to name the street near the start of the development, before the development name gets established in error.

Early consultation also enables documents such as title deeds of properties to contain the correct address at the outset preventing confusion at a later date. Moreover, utility companies will not connect their services to new developments until the postal address has been registered with the Royal Mail.

During the application process, we will need to notify Royal Mail as soon as new streets/premises have been provisionally named/numbered so that Royal Mail can confirm the full postal address.

Many people are not aware that it is the Royal Mail that issues postcodes and not the council. Therefore, it is strongly recommended that developers put in their application for early consultation as all applications have to be verified and confirmed with the emergency services and the Royal Mail.

It is the developer's privilege to propose a new street name. Developers are invited to propose three names by order of preferance for any new street. Proposed street names should be distinct and have a local connection, historically, geographically or culturally. However, there should not be any current commercial connection.

For guidance, developers may want to consult The Historical Gazateer of Cheltenham which contains information on streets names and their local/historical relevance.

We strongly recommended that developers avoid using the same or similar names for streets within the same locality as it can prove to be a source of confusion for the emergency services.

House names alone are not favoured by the council or the emergency services as a number readily identifies the location of a property in a street. It is developers' responsibility to display the house number clearly as it could be life saving!

A property is deemed to be addressed as the street that its entrance is accessed from to avoid confusion, particularly in emergency situations.

Our policy is to restrict registered postal addresses to a street name and number where possible. Although, you may wish to give your property a name, this must still be done in conjunction with a correct building number for it's address. All developments must be numbered as we will not accept a commercial name as the primary name to identify it.

By way of rule, even numbers are allocated on the right hand side of a street and odd numbers on the left hand side when travelling away from the town centre. An exception is given to a close which will follow sequential numbering.

Under Section 18 of the Towns Improvement Act the local authority can alter the name and numbers of any street without consent of the ratepayers.

Renaming or renumbering of streets will only be considered if:

Do not use your desired address or print any letterheads or stationery until you have a received a formal notification from us to confirm your new address has been approved.