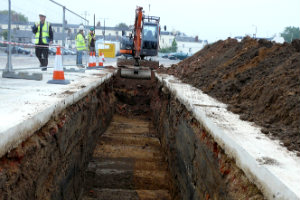 The government's planning policy statement 5 and related historic environment planning practice guide sets out the policy on archaeological remains and how these should be preserved and recorded. It states that nationally important archaeological sites should  be preserved wherever possible.  Where this is not feasible, the excavation and recording of remains should be undertaken prior to construction.

The setting of known sites may also need protection. In considering planning applications affecting sites of known or potential archaeological interest, the council will consult and be guided by the county site and monument record (SMR) regarding individual locations. Developers are advised to consult the county SMR in advance of submission of a planning application, to obtain a preliminary indication of the archaeological implications of the proposed development.

In order to assess the archaeological implications of a proposed development, the council may request an archaeological assessment and where appropriate limited excavation, before determining a planning application.

The council's local plan policies BE19 and BE20 provide guidance for development affecting sites of local archaeological importance.

Archaeological remains within the borough of Cheltenham 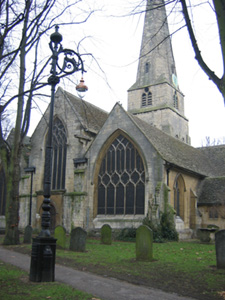 Although best known for its development as a Regency spa, Cheltenham's origins have been identified through archaeological excavations as being from the medieval or earlier period. Cheltenham is likely to have been settled in the prehistoric and Roman periods. Excavations in the town centre and the Arle Court area have identified evidence of Iron Age settlement, while Roman settlement and field systems have been identified in Pittville and the area of St James.

Information from the Roman period suggests a low level of activity, and the town was not served by the Roman road system. Medieval settlement centred on the church of St Mary's (originally constructed around 1200 AD) and the town's urban status was recognised in 1226 AD when permission for a weekly market was given. Narrow lanes running from the High Street at right angles are a surviving reminder of Cheltenham's medieval road pattern.

There are six sites of archaeological remains within the borough which are designated as scheduled ancient monuments. These sites have been designated under the Ancient Monuments and Archaeological Areas Act 1979. In addition to these six scheduled sites it is recognised that the lower end of the High Street is an archaeologically sensitive area.

It is an offence to cause damage to a scheduled ancient monument.