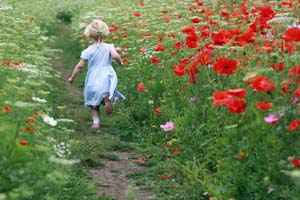 At a local level, we have already started to feel the impacts of climate change.

Increased flooding in the area has posed a risk to transport infrastructure, damaging our roads and causing disruption. An increase in impermeable surfaces such as concrete and tarmac, and a reduction in natural flood mitigation, for example due to land drainage schemes, has resulted in flash flooding which can impact health, wellbeing and livelihoods.

The ‘urban heat island’ effect, where towns and cities experience higher summer temperatures than the surrounding rural areas, has been noticed in Cheltenham. Higher building density, less green infrastructure and air pollution from traffic, all increase the likelihood of heat becoming trapped or stored and lead to a disproportionate rise in local temperatures. Since the start of temperature recording, 10 of the warmest years have been since 2002 and there is a trend of increasing temperatures. Higher temperatures result in an increase in heat-related illness and death, particularly in vulnerable groups, including the elderly and very young.

As time goes on, we will notice more changes to our environment and an increase in extreme weather events. Some of these are hard to predict accurately, such as shortages of public water supply and problems with food production.

However, this mitigation pathway will consider how we can become a more closely-knit community which knows where to turn in the face of an extreme event and how we will prepare and adapt to changes that come our way.

Not only will climate mitigation and adaptation help to address the global issue, it will bring improvements in our local area. Co-benefits such as enhanced access to green spaces, job creation, improved mental and physical health, together with increased biodiversity, will make Cheltenham a better place to live for all of us.