Celebrating with fireworks and bonfires

Fireworks and the law: retailers 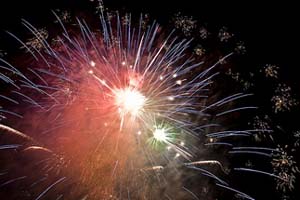 Under the provisions of the Firework Regulations 2004 it is illegal for anyone under the age of 18 to possess fireworks in a public place and it is illegal to sell fireworks to under 18s. Remember - sparklers should never be given to under fives.

The age limit for buying most fireworks is 18. All sparkler packets must carry the words 'Warning: not to be given to children under five years of age'. Since the end of 1997, it has been against the law to sell or supply bangers, aerial shells, mini-rockets and some types of bigger Roman candles to the public. It is also illegal to sell air bombs now known as shot tubes.

No one should buy fireworks other than responsible adults who are going to supervise the use of fireworks on their own property.

It is also illegal to break open retail packs of fireworks and sell them individually. Some fireworks are intended to be sold individually, but these do not come in packs. The reason why packs must not be broken open is that many of the instructions for using the fireworks safely are printed on the packet and not on the individual firework.