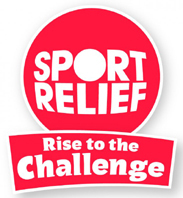 When 950 local runners crossed the finishing line at Pittville Park earlier this year, they were contributing to a staggering sponsorship total of £20,000.

Cheltenham’s fundraising sum has just been announced by the team at Sport Relief HQ.

The Sainsbury’s Sport Relief mile took place in hundreds of locations across the country in March this year. Cheltenham’s event saw people of all ages run the distance across Pittville Park.

Cheltenham’s efforts contribute to the current combined total of £67,977,824 and all of the money will go towards people living disadvantaged lives both in the UK and in some of the world’s poorest countries.

Craig Mortiboys, the council’s health communities partnership manager said: ‘’For the third year running, the sport, play and healthy lifestyles team has organised the Sport Relief mile at Pittville Park and each time, even more people come along and take part.  It’s great to think that on one single day, millions of people up and down the country are raising money for the same cause.  Let’s hope we can build on our success at the next event in 2014.’’

Cheltenham Borough Council has organised and staged the past three Sport Relief miles in Cheltenham in 2008, 2010 and 2012.  The combined total of more than 2,000 Cheltenham runners has raised more than £57,000 to support community projects, benefiting vulnerable people living in the UK and around the world.

Comic Relief will take place in 2013, with the next Sport Relief Mile happening in 2014.

For more information about the Sport Relief Mile and Comic Relief, visit www.sportrelief.com