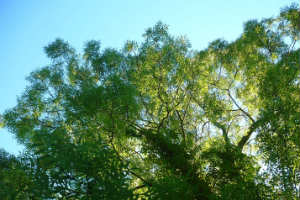 Although there have been no reported symptoms in the area, we would like to make residents aware of the disease that affects ash trees.

Chalara dieback of ash has already affected trees in England and Scotland, and killed many trees in parts of mainland Europe. There have not been any positive reported symptoms in Cheltenham or the surrounding districts, however we are keen to make residents aware of the disease and the symptoms to look for.

The disease, caused by the fungus Chalara fraxinea, was found in the UK for the first time earlier this year. The disease causes leaf death and severe crown dieback in affected trees, and it can lead to tree death. As such the UK government has passed legislation temporarily restricting imports and movements of ash plants into and within Great Britain to minimise the risk of further accidental introductions of the disease into areas which are currently disease-free.

Chris Chavasse, senior tree officer, says: “Though there are some, there are not many ‘stand alone’ specimen ash trees within our parks and gardens or on our streets. There are particularly fine exotic species of ash, which are also susceptible to the fungus, found in diverse locations such as Pittville open space, near to the boat house, and at Cheltenham Borough Homes' housing forecourts on Princess Elizabeth Way.

“However there are many ash trees in urban and rural hedgerows and in woodlands such as Leckhampton Hill and Benhall Woods. Many ash trees are found in nature reserves and around the periphery of other open spaces in and around Cheltenham. There are also many in private gardens.”

Cllr Roger Whyborn, cabinet member for sustainability, adds: “Ash is a key tree species nationally and indeed within the Gloucestershire countryside and any loss will have a significant ecological as well as visual impact upon us all. We want to make sure local residents are aware of the disease and the symptoms to looks for. A short video on the Forestry Commissions website is very useful in showing how to identify the fungus.”

If you find a tree you believe to be infected, you should report it to the Forestry Commission as soon as possible. They are likely to come out and positively confirm if the tree has the disease. If it is confirmed, it may be felled. They may also destroy other ash (whether showing symptoms or not) adjacent so as to minimise the risk of further infection.

We are keeping on top of the situation as much as possible by putting up Forestry Commission alert posters so our grounds maintenance workers are aware of symptoms when working around our own ash trees as well as giving advice to members of the public when asked.

Further information, including a pictorial guide to symptoms and how to report cases, can be found on the Forestry Commission website.