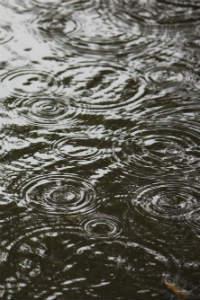 The new fund will be administered by Gloucestershire Community Foundation, which already works with the county council.

Affected residents can request an application form by emailing gail.mattocks@edf-energy.com or calling 01452 656386 or 654834.

Gloucestershire Community Foundation's (GCF) first priority is to swiftly get financial help to people whose homes have been flooded over the last couple of weeks.

These are called emergency relief grants and will take the form of a flat-rate payment of £250 to help with the most immediate needs.

As the impact and need becomes clearer in the coming days and weeks, and as more funds become available to GCF, they will launch further rounds of grants.

In some cases these may be additional grants to the most vulnerable households that have been flooded – and those in receipt of an emergency relief grant.

Gloucestershire Community Foundation is particularly keen to hear from local charities and community organisations/ facilities that are either helping people affected by the flooding or have themselves been damaged by floods.

“This is reinforcing our ongoing commitment to flood alleviation and supporting flood victims since 2007.”

The proposal was added to an agenda item at last week’s (28th November) cabinet meeting on the council’s medium term financial strategy by Cllr Mark Hawthorne, and unanimously supported by the cabinet.

This follows a recent pledge to allocate just over £1m (£1.086m) of the councils’ current £1.99 million underspend to the six district councils for flood alleviation works in their areas.

Gloucestershire County Council has spent around £20m on flood alleviation works since 2007.