People in the South West gambling with their guts 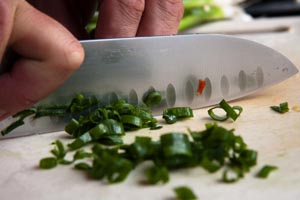 As part of 2013’s Food Safety Week (10 to 16 June), the council’s food team is urging Cheltenham residents to take a look at their cooking and food hygiene habits, and to re-assess their existing food behaviours in their kitchens by completing a Kitchen Check.

Sarah Clark, public and environmental health team leader, says: “The way we store, prepare and serve food at home could put us at risk from food borne illness - why not take the Kitchen Check to find out how risky your kitchen habits are?”

A new survey from the Food Standards Agency shows that people in the South West region are putting their health at risk when cooking at home. 81% of those asked in the South West admitted to one or more habits that put them at risk of food poisoning, including 28% admitting they would eat food that has been dropped on the floor and 19% not washing their hands properly before preparing food.

These kitchen horrors have been exposed at the start of Food Safety Week, which runs from 10 - 16 June.
During the week, the Food Standards Agency wants to get people in the South West thinking about food hygiene at home, by completing the new Kitchen Check. The Kitchen Check gets people to look at their own food preparation practices and will give them a score and some tips based on their answers.

The survey also reveals that 42% of people in the South West don't check ‘use by’ dates, with 90% of them wrongly using the ‘sniff test’ and 70% just checking the colour – even though this will not always reveal whether food is safe to eat. Unlike ‘best before’ dates, ‘use by’ dates relate to safety and are based on scientific testing, yet 42% of those questioned said they would eat food after its ‘use by’ date – the most frequent food safety gamble admitted.

While admitting these risky kitchen habits, more than 87% said they are confident they get things right with food hygiene all or most of the time and 95% believe they’ve never given family or friends food poisoning. If they do fall ill themselves, only 5% of people in the region consider whether the cleanliness of their own kitchen is the cause.

However, the survey also showed some encouraging examples – 93% said they wash chopping boards in between preparing raw and ready-to-eat food and almost 76% stick to the recommended 48 hours for keeping leftovers in the fridge.

Bob Martin, food safety expert at the Food Standards Agency, said: “By not washing their hands before preparing food at home, or ignoring ‘use by’ dates, people in the region could be setting themselves and their friends or family up for a bout of really unpleasant illness. It’s encouraging though to see that the majority of people are concerned about food safety. We’ve created the Kitchen Check to help people to think about why they do in their own homes and make it easier for people to be knowledgeable and confident about storing and preparing food.”

Cllr Peter Jeffries, cabinet member for housing, safety and communities for Cheltenham Borough Council, adds: “Improving food safety at home will help protect you and your family, and Food Safety Week is a great time to start. I’m pleased that we are helping to highlight this issue and offer advice to our residents.”

For more information regarding safe eating in the home and to take the kitchen check call Cheltenham Borough Council’s food team on 01242 775020 or visit the website.

The Food Standards Agency can also be found on social media, visit: food.gov.uk/facebook or food.gov.uk/twitter

To request an interview with Bob Martin contact the Food Standards Agency press office on 020 7276 8888.

Notes to Editors: There are more than a million cases of food poisoning each year, including 20,000 hospitalisations and 500 deaths.

Throughout Food Safety Week, the Food Standards Agency will be using Facebook and Twitter to provide food safety advice. On Friday 14 June, the FSA will be using Twitter to run a fridge clinic where members of the public can send us images of their fridge and we will tweet back suggestions and tips on how to store food more safely. For updates on this and the rest of Food Safety Week visit: food.gov.uk/facebook or food.gov.uk/twitter

The survey was conducted by Censuswide on behalf of the Food Standards Agency between Monday 3 May and Thursday 9 May 2013. A total of 2,199 UK respondents took part.