Sportivate Participant of the Year award 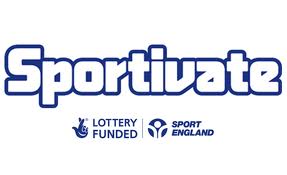 A project organised by Cheltenham Borough Council’s sports development team has been successful at the Gloucestershire awards for 'Sportivate Participant of the Year'.

The after school Olympic themed clubs, which were Sportivate funded, were held last summer offering young people the chance to try something new.

The team worked in partnership with Cheltenham Swimming & Water Polo Club and arranged coaching for three secondary schools - one of these being All Saints Academy in Hesters Way. One of the participants from the school, Joe O'Shea, who was involved in the project, suffers with haemophilia, which is a condition that affects the bloods ability to clot, meaning he could bleed for much longer than a typical person, making it very dangerous for him to play certain traditional contact sports.

The team were so impressed with his commitment and development throughout the project they nominated him to be ‘participant of the year’ across the whole county. Joe has won the award and is now nominated for the national awards by Sport England!

Tom Sparks, sports development officer, said: “We’re delighted that Joe has been recognised as Sportivate Participant of the Year for Gloucestershire. He benefited hugely from taking part in the coaching and gained a lot of confidence in a new sport, which he can then take into a school setting. Joe's school have also highlighted the progress he has made since taking part in the coaching project. What a great achievement and to now be entered into the national awards is remarkable.”

Councillor Rowena Hay, cabinet member for sport and culture, added: “The sports development team do an excellent job at delivering a range of activities to young people across Cheltenham. It’s fantastic to see how valuable their work is and it’s great that Joe has won an award, we wish him well in the finals.”