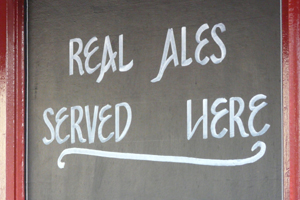 Join mayor Wendy Flynn on Friday 5 July on the first of three real ale trails around Cheltenham and rediscover the rich variety of ales that the town has to offer whilst also helping to raise money for the mayor’s charities.

The party first meets at 8pm at the Cheltenham Motor Club in Upper Park Street. The club was winner of the UK club of the year 2013. The second venue is the Sandford Park Ale House followed by the Kemble Brewery Inn and finishes at the Cotswold Inn.

Mayor Wendy Flynn, says: “This is a fun way to get to know some of Cheltenham’s real ale pubs and meet up with friends – whilst also raising money for charity.”

Each of the participating pubs has agreed to offer raffle prizes which will be drawn at each venue. There will also be collection pots in each pub seven to ten days before the event.

Notes:
To find out more about the mayor of Cheltenham, visit this webpage.

The next two ale trails are planned for Friday 26 July and Friday 9 August.