Have fun, but stay safe during Freshers' week 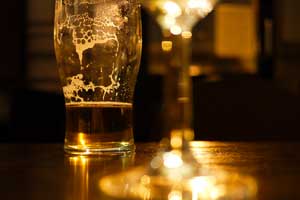 The start of Freshers’ fortnight next week (16 September) sees the launch of the ‘positive socialising’ campaign, which focuses on raising awareness of personal safety.

The campaign involves the University of Gloucestershire’s Students’ Union and Cheltenham Nightsafe. It will coincide with the night time activity associated with the week.

A targeted poster campaign will be launched to promote ways of keeping safe from sexual violence. The posters will highlight the things to do to prevent alcohol-related rapes and sexual assaults. They will also reinforce to potential offenders that sex without consent or with someone too drunk to consent, constitutes rape. Wristbands will also be given out to highlight the helpline number to those who may need it.

Faye Kamara, Strategic County Domestic Abuse and Sexual Violence Co-ordinator based within Gloucestershire Constabulary said: “We’re hoping that freshers and everyone that enjoys the Cheltenham night life gets on board with this new campaign.

“The initiative will support the vast amount of work the police and partner agencies already do to keep people safe. We want people to remember their night out for the right reasons and believe that people that hear these important messages the more they can help us keep them and their friends safe.”

Chief Inspector of the Cheltenham area, Steve Gillett, said: "Cheltenham has a strong and vibrant night-time economy. This campaign aims to complement the vast amount of work that is already done in the town to keep it a safe place to socialise.

"We hope that this joint campaign shows that we are working hard to further reduce the harm that can be caused by alcohol. It aims to promote what people can do to help keep themselves and their friends safe but also what support is available to them should they need help or advice. We want people to feel safe when out and about in Cheltenham, to enjoy all the town has to offer and to work with us to keep it a place they want to go out, not only during Fresher's week but for the whole year."

There will also be a joint street-safe operation between 14 and 21 September involving police and Cheltenham Borough Council’s public protection teams.

This is one of three campaigns which are a joint venture. Cheltenham Borough Council and Gloucestershire Police have been working with Cheltenham Safeguarding Forum to develop three campaigns that will reinforce the work that already goes on in Cheltenham. The next two campaigns, ‘Positive Living’ and ‘Positive Relationships’, will take place later in 2013 and early 2014.

The partners involved in the campaign are: