Historic phone boxes on Cheltenham’s Promenade get a makeover 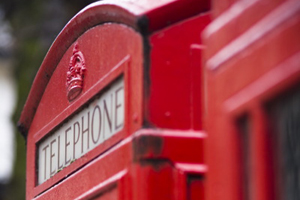 Ten historic phone boxes in the heart of Cheltenham’s town centre are to be restored and rejuvenated, thanks to a funding bid from the council that has been supported by the Cheltenham Arts Panel.

The boxes are Grade II listed structures date back to 1935 and have been in their current location on the Promenade since the 1960’s.

The council is hoping to adopt maintenance of the boxes from November 2013 and start the restoration process as soon as the electrical supplies have been disconnected.

The boxes will be decommissioned and have all telephone equipment removed. They will then be taken off site and stripped out, repainted and rebuilt with as many original features retained as possible before they are reinstated to their original positions.

All ten of the boxes will be managed by The Wilson for alternative uses such as art installations. They will also act as a home for power and water supplies for the Continental, Christmas and farmers’ markets which currently rely on noisy power generators.

Howard Barber, public space designer, says: “It’s great news that we are now able to adopt these historic telephone boxes. BT has not had the resources to maintain them and over time they have become dilapidated especially as their use as phone boxes has declined.

“It was important to find a new use for the boxes that justifies keeping them, and make them relevant to the town, rather than just keeping them as museum pieces.”

Cllr Andrew McKinlay, cabinet member for built environment, continues: “We’re really pleased that we’ve managed to secure this funding and can now start work to restore the boxes and utilise them to make a positive difference to residents, visitors and local businesses.

“This restoration project will greatly enhance the appearance of this area of the Promenade, whilst at the same time removing the opportunity for antisocial behaviour.”

The nearest working call box is close-by at Imperial Circus near the end of Post Office Lane.

The budget for the work is approximately £22,000 which is being met by the Public Art Fund. This comes from Section 106 money contributed by developers to support art projects within the borough; Cheltenham Borough Council is contributing around £15,000 to the project, which is also being promoted by Cheltenham Development Taskforce as the next step in the on-going public realm improvements.

Work should be completed by the end of 2014.

They are listed because of their age (1935) and because they contribute to the special character of the streetscape on the Prom.

The council hopes the adoption process of the boxes will begin in November however disconnecting electrical supplies may take many months as it is in the hands of the local electrical service provider. The boxes cannot be taken off site until the power is disconnected so this will determine the programme.

The telephone boxes were designed in 1935 by Sir Giles Gilbert Scott, and were located some time after that. Their position was outside the Post Office (now Waterstones) who originally commissioned and ran the telephone service. The boxes have certainly been there from the 1960's and probably grew in number over time. Cheltenham now has ten in a single space which is probably quite unique across the country, especially for a town the size of Cheltenham.