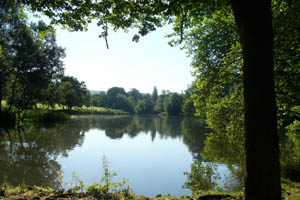 The closed season helps to ensure that the fish can regain condition and spawn without being disturbed. It also allows the resident wildlife to raise their young.

Janice Peacey, community ranger for Cheltenham Borough Council, says: “We take this decision to allow the fish to regain condition and allow the water birds to raise their young with less disturbance. We would also like to ask people to be more aware when they are walking their dogs in the park over the next few months as water birds nest close to the edges of the lake too. We also just want to remind people that model speed boats are not permitted on either lakes.”

Fishing on the lower lake begins from 16th June

To fish on the lower lake, a valid Environment Agency Rod Licence is required as well as a day permit which can be purchased from either the boathouse or Central Cross Cafe on Central Cross Drive. Staff will issue paying anglers with printed guidelines and map for the lake. These are also available to download on the council’s website.

Anglers will be asked to show both their licence and day permits.

The lower lake is also a boating lake and anglers are asked to make sure that when casing that their swim is clear of both wildlife and boats to prevent injury.