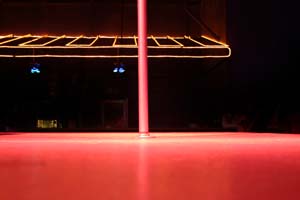 Cheltenham Borough Council has today launched a 12 week consultation on whether to limit the number of licensed sexual entertainment venues in the borough.

Sexual entertainment is commonly associated with lap dancing or pole dancing clubs, but could include any type of performance or display that is provided solely or principally for the purpose of sexually stimulating any member of the audience.

The council’s current policy does not set a limit. Instead, it deals with each application on a case-by-case basis.  The council is now asking the public, through its consultation process, whether the council should change its policy by adopting a limit.

Mike Redman, director of environmental and regulatory services, said: “We are asking people who live and work in Cheltenham, and those affected by premises offering sexual entertainment, to give their views on whether the council should limit the number of premises that offer this type of entertainment.”

“Whilst the council recognises that sexual entertainment is a legitimate form of entertainment, it is also important that local people are able to give their views on issues that affect their local communities.”

“I would encourage the residents of Cheltenham to take this opportunity to help shape the future of this town.”