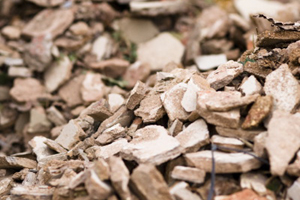 Mr Robert Townsend from Bishop's Cleeve has been prosecuted for a littering offence at a hearing that took place on Monday 28 April 2014 at Cheltenham Magistrates Court.

Mr Townsend failed to pay a fixed penalty notice (FPN) relating to rubbish he had added to a fly-tipped site at Sainsbury's on Tewkesbury Road. In total, Cheltenham Borough Council issued five FPNs relating to offences which took place at this site in September, with the other four all paid on time. The fixed penalty notice was for £80, reduced to £50 if paid promptly. Mr Townsend made no attempt to pay the fine or liaise with the public protection team about his actions.

Mr Townsend also failed to attend court and was convicted in his absence. The magistrates imposed a fine of £1,250, a victim surcharge of £120 and costs of £317.

Mike Redman, director of environmental and regulatory services at Cheltenham Borough Council, said: “This case demonstrates the council’s resolve to take action against the minority of people responsible for littering and spoiling the appearance of our beautiful town. The courts take the non-payment of fixed penalties very seriously and Mr Townsend now knows the consequences of this, with a very substantial fine to pay.”