Downtime for cremators at Cheltenham’s Cemetery and Crematorium 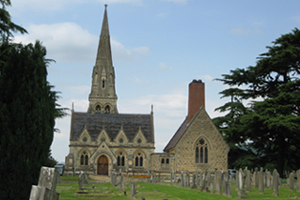 Following a series of problems with the two cremators at Cheltenham’s Cemetery and Crematorium, both cremators will be shut down for an intense maintenance programme for approximately two weeks in July to minimise the risk of any further disruption to the service.

The problems have been ongoing since the liquidation of contractors, Crawford Equipment Europe, shortly after the new cremators were installed in February 2012.

So far, there has been little impact on the service to the public, because during the intermittent times when just one cremator has been operational, crematorium staff have worked flexibly to meet the demand.

The council had originally planned to carry out a periodic programme of essential maintenance over several months. Had this gone according to the original plan, officers were confident that the problems with the two cremators could be stabilised and that they would then be operational in the medium term.

However, following the recent discovery of an unforeseen fault with cremator number one, specialists have advised that the safest way to stabilise both cremators is to close them completely to carry out the necessary works. Taking both cremators out of action for approximately a two-week period will allow the council’s new team of contractors to carry out the repairs needed to cremator number one, whilst at the same time completing other essential maintenance that would have otherwise been spread over several months.

Councillor Chris Coleman, cabinet member for clean and green environment, said: “This is a decision that hasn’t been taken lightly. We realise, in the short-term, that this will inconvenience the people who rely on our services, but we hope that this intense, focussed effort will help us stabilise the cremators for the longer term.

“Please be assured that ceremonies, services and burials can still take place at Cheltenham Cemetery and Crematorium during this maintenance period.

“We hope that anyone affected by this issue will accept our sincerest apologies for the inconvenience caused. We will do everything we can to return to a full service as soon as possible.”

•    The dates of the two-week (approx.) programme in July will be confirmed over the coming week.