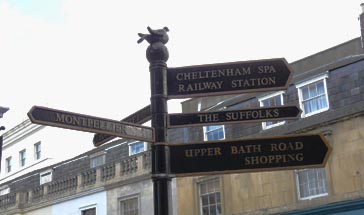 After a two week auction, signature pigeons from the old pedestrian signage have been sold off to the highest bidders, raising £1,895 for the three former mayor’s charities.

Members of the public were given the opportunity to bid for one of the cast iron pigeons, of which there were 11 in total. An impressive offer of £450 was the highest bid recorded over the two weeks.

Jennie Ingram, PA to the mayor said: “It’s an amazing amount of money that has been raised for the three charities. It is also great to see that the pigeons that have directed the Cheltenham residents and tourists for over 20 years will now be re-homed.”