Mixed plastic recycling could be here to stay 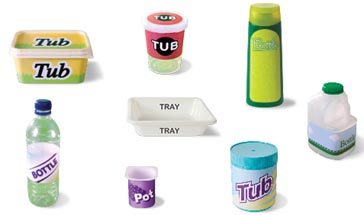 Plastic recycling has proven to be a big hit with local residents and now the service looks set to stay.

Following an overwhelming response to its recent trial, Cheltenham Borough Council will offer permanent facilities to recycle mixed plastics at their most popular recycling sites, if agreed by cabinet members when they meet on 16 September.

A pilot project began three months ago and it meant that residents could go along to 12 of the borough’s most popular ‘bring bank’ sites to recycle a range of mixed plastics.  This included items such as; yoghurt pots, margarine tubs, ice cream tubs, ready-meal trays and plastic fruit punnets. Officers soon realised how well the trial had been received as the banks were being emptied once and sometimes twice a week.

Scott Williams, strategic client officer said:   ‘’Before the trial was launched, residents could recycle plastic bottles but no other type of plastic at these banks. Almost as soon as we promoted the scheme, the bring banks were being filled with a mixture of different plastics. There is an increasing demand for this service as people become more aware of the action they can take to reduce their carbon footprint.’’

Councillor Chris Coleman, cabinet member for clean and green environment added: ‘’These positive results speak for themselves and I am delighted that we are in a position to consider permanently increasing the recycling provisions available to residents. Prior to the trial, we were aware of the number of residents who said they wanted to recycle mixed plastics. We acted on that feedback and it’s because of the great response to the recent trial that we feel it’s only right to permanently enhance our services in this way.’’

If approved, residents can continue to recycle their mixed plastics at the following 12 sites:

Other materials which can be collected at the bring bank sites include cardboard, paper, glass, cans, textiles and shoes.

Bulky plastic recycling, also known as mixed hard plastics can be recycled at the Swindon Road Recycling Centre. This means people wishing to recycle items such as plastic toys, plastic garden furniture and plastic buckets can do so at the container located on site at the recycling centre.