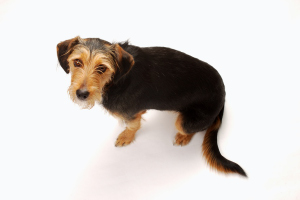 From 1 February 2015, Cheltenham Borough Council will be using a new collection, kennelling and re-homing service for any stray dogs found in the borough.

As part of a procurement exercise, the contract has been awarded to Worcester Regulatory Services.

Councillor Andrew McKinley, cabinet member for development and safety, says: “We are required to deal with stray dogs within Cheltenham borough, and the cost of looking after dogs that are not reunited with their owners is funded from the public purse.

“A review of all council services in our public protection division is essential to us continuing to provide value for money.”

Cheltenham Borough Council put the collection, kennelling and re-homing service for stray dogs out to tender in November following a review of this service. This was a shared procurement exercise with Tewkesbury Borough Council and Gloucester City Council. Worcester Regulatory Services, who managed the service under interim arrangements, have now been selected to manage this service going forward.

Barbara Exley, head of public protection, continues: “The welfare of dogs is paramount and using Worcestershire Regulatory Service will ensure stray dogs found within the borough are well cared for − and if not claimed by their owner are found loving homes within a very short timeframe.”

Dog owners are legally required to ensure their dogs wear a collar and an identity tag detailing the owners name, address and telephone number. Unlike a collar and tag a microchip is a permanent record of ownership and cannot fall off or be removed; micro chipping will be a legal requirement in England from April 2016.

In most cases dogs seized or collected by a dog warden will be taken to a designated kennel used by the council to board strays. If the dog has been micro chipped or the owner can be identified all reasonable effort will be taken to contact the owner so that they can collect their dog. Dog owners will be unable to collect their dogs from the kennels however until after they have paid the appropriate fees. Once at the kennels the dog will remain there for seven clear days unless claimed by the owner. If the owner does not come forward within this time frame re-homing will be pursued.