Enjoy a safer night out, thanks to cash grants 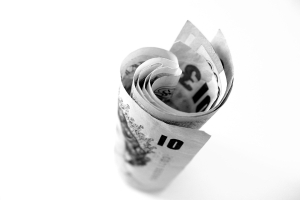 More than £70k has been awarded to local projects which will improve Cheltenham’s popular night time economy.

It is hoped that one of the highest grants awarded will secure and maintain official ‘purple flag’ status for the town – showcasing it as a safe and enjoyable night time destination.

The money has been raised through the ‘late night levy’; payable by premises that are licensed to sell alcohol between midnight and 6am.  Invited to apply for a share of the cash, community groups, organisations, businesses and license holders submitted applications for a variety of projects. Those winning funding are as follows:

Purple Flag, funded £30,974
To secure and maintain purple flag status for the town centre through the appointment of a night time economy co-ordinator.  The accreditation recognises high standards for a diverse, safe and enjoyable night out.

University Community Street patrol, funded £12,778
The project expands and develops an existing programme: the University of Gloucestershire / Students’ Union operated “Superstars Xtra”, which is a voluntary scheme providing support to patrons of the night time economy, one night a week.  It may include speaking with door supervisors to offer support or identify problems, offer first aid, direct people to taxi ranks or provide drinking water.

Hello Cheltenham, funded £16,000
The joining together of a number of agencies to purchase a multi-use, flexible community van for use by a variety of partners.  The van will be used in whichever way it is needed but may for instance act as a base for those working to make the night time economy safer or as a safe haven for vulnerable people.

Hub Bistro, funded £6,388
Feasibility study, carried out by the Nelson Trust, to investigate the possibility of developing an alcohol-free venue for Cheltenham Town Centre that would provide a quality late night alternative to the current alcohol-centred late night economy.

Councillor Andrew McKinlay, cabinet member for development and safety said: "In Cheltenham we have a rich and vibrant night time offering, which people travel far and wide to enjoy.

"Of course an active night time economy demands a lot of time and resource from the council and other agencies including the police.

"I am pleased that through the late night levy we have been able to support these projects and I hope that they will add to the fun and safety of a night out in Cheltenham.’’

Gloucestershire’s Police and Crime Commissioner Martin Surl added: “Cheltenham’s night-life is one of the most active in the region and a popular destination for a variety of age groups.

"Keeping its communities safe while people are out and about having a good time puts pressure on both police and council resources. I am pleased that businesses who are benefitting from Cheltenham’s night time economy are sharing in the cost of achieving our goal of safer days and nights for all.”

Some projects are still being assessed and funding will be kept available to fund other projects throughout the year.

The late night levy is payable by premises that are licensed to sell alcohol between midnight and 6am.
Under the legislation the Police receive at least 70% of net levy revenue with the remainder being retained by the licensing authority to fund alcohol-related crime and disorder and services connected to the management of the night-time economy.

The Late Night Levy fund will support projects that support the following outcomes: