Business plans and hopes for the future are shared with committee 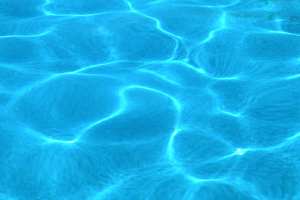 Sandford Parks Lido welcomed an opportunity to share their future plans with a group of councillors at a recent Overview and Scrutiny meeting.

Martin Surl, Gloucestershire’s first Police and Crime Commissioner also went along to answer questions about this work since his election.

Cllr Tim Harman said: ‘’Overview and Scrutiny is also a way of involving local people, communities and organisations to ensure that their views are used to improve services whenever possible. We are always pleased to welcome members of the community into the meetings so that they can share their thoughts and concerns, and discuss things directly with committee members.’’

Julie Sargent and Keith Norris, executive officers from Sandford Parks Lido, delivered a presentation to the committee about their future plans. The committee learned that on any given day, the lido – run by a charitable trust – could have as many as 4,000 visitors. Also as part of the lido’s employee health and safety induction program, staff receive training about the dangers of sun exposure for customers and themselves. The lido has also extended opening hours so that families with small children can attend outside of the hottest hours of the day.

The lido’s lease was one of the main items discussed. The lido is keen to begin negotiations over renewing their lease as they felt that with only five years remaining on the current lease this would hinder their ability to apply for funding. The committee has suggested that council officers look into this.

Julie Sargent says: “Over the last nineteen years we have worked tirelessly to protect and enhance our nationally significant lido. We have invested over £2-million in essential refurbishment and site improvements. We have raised over £460,000 in grant assistance for a variety of projects.

“Our lido has become recognised as one of the contributing factors leading to Cheltenham being the best place to live and raise a family. We have received over 2.8 million visitors since 1996. We support our local residential and business community, whilst providing a superb visitor attraction for tourists.”

Keith Norris continues: “The facility is a fantastic advert for Cheltenham, we are the very best and most significant lido of its kind in Britain and as such we add great value to Cheltenham in terms of tourism and prestige.

Martin Surl was elected as the county’s first Police and Crime Commissioner in 2012 and answered questions from members about the work that has been done since then.

Reflecting on the budget, he said the constabulary was in a similar position to many other public and private organisations but reassured members its finances were well-placed to meet the challenges that were likely during a period of austerity.

He explained that a new plan for policing the county as one, rather than separate areas, would soon be in place which was aimed at making the service more effective.

With the prospective sale of police buildings in Lansdown Road, he announced that Wilton House was being developed as the town’s centre’s main police base along with an alternative police presence planned in the Municipal Offices. Hester’s Way will stay as it is.

Mr. Surl addressed other issues including Late Night Levy funding, identity theft, policing the streets and how he communicates with the county’s residents. He also reassured members that as well as frontline policing, there were other specialist resources that could be called upon when required.

“It was a very helpful and constructive meeting and a good opportunity to bring members up to date with all the work that is going on”, he said.