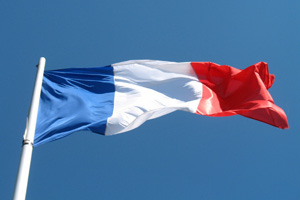 Cheltenham Borough Council is offering the public a chance to pay their own personal respect to the victims of the Paris terror attacks by setting up a book of condolence.

The book is in the reception of the Municipal Offices and anyone is welcome to come in and write a message in the book.

As a mark of respect the council is flying the flag at half mast on the Municipal Offices until the end of Tuesday (17 November). The council also observed a one minute’s silence which took place today (16 November) across the UK at 11am GMT, to coincide with a Europe-wide silence at midday French time.

Mayor of Cheltenham, Cllr Duncan Smith, says: “Cheltenham is a community of many backgrounds and faiths, but we are united in our opposition to the violence committed in Paris on Friday. It is important that we show our support for the people of France and remember in our thoughts and prayers those who have been directly affected by these events. I have been contacted by many people in Cheltenham who, like me, want to pay their respects and so we have created a book of condolence to give people that opportunity.”

The book will be in reception at Cheltenham Borough Council, Municipal Offices, Promenade, Cheltenham, GL50 9SA until Monday 30 November. Messages need to be received by this point to be entered in the book.

Once the book is complete it will be sent on to the Embassy of France in London.

Notes: To find out where the Municipal Offices are visit our website: http://www.cheltenham.gov.uk/location