A great response to waste and recycling survey 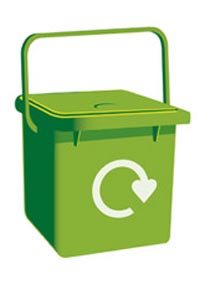 More than 1,800 local residents have shared their views about Cheltenham’s waste and recycling service.

The survey, which ran throughout July, has received one of the highest response rates recorded by the borough council in recent years.

Results about the current service said that: 62.2 per cent of respondents recycle everything that can be recycled and a further 35 per cent recycle a lot but not everything.

Almost 60 per cent (59.7%) would like to see the range of materials collected at kerbside extended.

61.1 per cent of respondents are either satisfied or very satisfied with the waste collection service provided at home.

The majority (63.5 per cent) felt that the service could best be improved by having an increase in the type and number of items accepted in the kerbside recycling.

Councillor Chris Coleman, cabinet member for clean and green environment said: ‘’I am pleased that so many residents have taken the opportunity to tell us what they think of the current service and how this can be shaped in the future. Before we do anything more, we must now look at the results in detail and this will help us to establish our next steps.

‘’Waste and recycling collections are clearly valued by local people and it’s important that we continue to offer a high quality, reliable and efficient service, which is shaped by our residents.’’

Officers will now spend time analysing the results to the survey before a second consultation is launched later this year which will focus on more specific options for the service.

The full results of the survey will be available later in the summer.