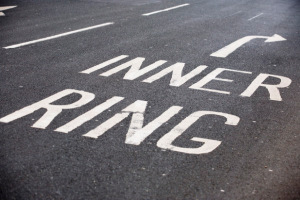 Work will start on 9 January to change the road layout at Imperial Square, Rodney Road and The Promenade as phase two of Cheltenham’s Transport Plan begins.

The work, phase two of Cheltenham’s Transport Plan, is being carried out by the county council on behalf of the borough council and will be completed before Gold Cup week at the racecourse in March.

Changes will be made on the northern side of Imperial Square outside the town hall from Rodney Road to the Promenade including the junctions at each end. Currently one-way the road layout will be changed to two-way to give better access to the Regent Arcade car park from the Gloucester side of town.

While these changes are made the roads will remain open to traffic, but some delays are expected to journeys at peak times. Drivers are therefore advised to choose an alternative route if possible, or allow extra time for their journey.

To minimise disruption, the resurfacing and white lining will be completed in two parts after race week.

Weather permitting; resurfacing and white lining will take place along Oriel Road on 20 and 21 March, before moving on to Imperial Square on 22 and 23 March. It will be necessary to close the roads on these four days, although access will be maintained from one end, or the other, depending on where the work is taking place.

To minimise the overall length of the road works, the resurfacing and lining works will be carried out from 7am to 5.30pm each day. On some days the closure could be extended to 7pm, depending on how work progresses.

Pedestrian access will be maintained to the town hall at all times.

Cllr Vernon Smith, cabinet member for highways said: "I’d like to thank everyone who went along to the two drop in events last month and gave us their feedback on the work we have planned.

“To minimise disruption to traffic we’re getting the main part of the work completed before the March race week, and we’re making sure that all the trees in the area are being kept in place.

“Please allow extra time for your journeys while the improvements are made.”

Cllr Steve Jordan, leader at Cheltenham Borough Council, added: “We had positive feedback on the impact of phase 1 in the Albion Street area and I am pleased that we are now moving into phase two of Cheltenham’s Transport Plan. The road improvements are being carried out in phases so that motorists can get used to the changes and settle into new travel patterns. We’re making sure that the effects the changes are having for local people are being monitored at every stage.’’

The transport plan is working towards a target end date of 2017.

More information can be found at on the county council's website.

Part of the phase two work has been put on hold. Originally the plan had proposed to include a safety scheme for the Bath Road, reducing it from two lanes to one southbound between High Street and Oriel Road, restoring two-way traffic to Oriel Road between the Bath Road and Rodney Road junctions, and altering the layout of the Bath Road junction with Oriel Road.

The reason for putting the safety scheme section on hold is because it is vital that the best long-term solution for Bath Road can be designed which takes into account any changes in the way traffic flows around the town.

Enquiries on the development and aims of the Cheltenham Transport Plan should be made to Katie Sandey, Cheltenham Borough Council, 01242 775037, katie.sandey@cheltenham.gov.uk

Enquiries on the highways works being carried out for the Cheltenham Transport Plan should be made to Gloucestershire County Council, 01452 427550, pressoff@gloucestershire.gov.uk