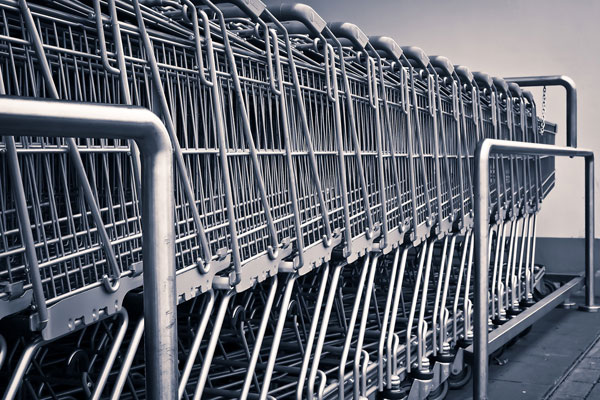 At full council meeting this week, councillors unanimously agreed to explore various methods of dealing with abandoned supermarket trolleys that blight some neighbourhoods in Cheltenham.

The council asked cabinet, which is responsible for this area of policy making, to invite local retailers to discuss and make voluntary or contractual agreements which would see the abandoned trolleys being cleared away from neighbourhood hotspots promptly.

The second step proposed was that if informal solutions did not improve the situation, the council adopts legal powers available to address the trolley abandonment problem.

Cllr David Willingham, who proposed the motion calling for action, said: “Abandoned trolleys cause a real environmental and safety issue to residents and wildlife across the town, from our parks and rivers, to street corners, front gardens and communal bin stores. Given the cost of the trolleys, we’d like to see the supermarkets being proactive in trolley clearance without the need for the council to adopt the powers available to tackle this problem. However, if the supermarkets do not come to a sensible and cost effective agreement with us, then the council will seek to use these enforcement powers.”

Cllr Andrew McKinlay, cabinet member for development and safety said: ‘’We are hopeful that supermarkets will want to be a part of the voluntary agreement which sees trolleys returned for a nominal fee and by working together, we can combat the problem.

“If however it does not prove effective, my cabinet colleagues in October will receive a report recommending that we begin the process to adopt discretionary powers to remove and store the trolleys ourselves which will come at much greater cost to the supermarket. This process would involve a public consultation so that residents can share their views on the issue.’’