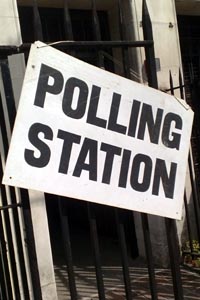 A by-election for All Saints ward in Cheltenham took place yesterday. The Liberal Democrat candidate, Alex Hegenbarth, won the seat in the ward by-election with 806 votes.

Counting for the by-election went on until approximately 2am this morning.

To see a full breakdown of the figures, visit the council’s website: www.cheltenham.gov.uk/electionresults
For further information call the elections team on 01242 264132.

Notes:
The seat was previously held by Councillor Dan Murch, who stood down.
Following the All Saints ward by-election there are 40 councillors on Cheltenham Borough Council. The political make-up of the council is as follows: