Official commemoration of the Srebrenica genocide 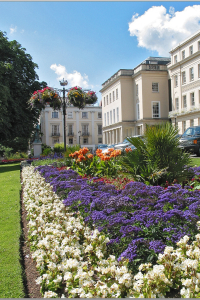 Gloucestershire’s official commemoration of the Srebrenica genocide will be held on Thursday 6 July at the Municipal Offices, Promenade, Cheltenham, GL50 9SA.

The theme for the 2017 commemoration is ‘Breaking the silence: gender and genocide.’ Victims were selected for killing based on their male gender as well as their Bosnian Muslim identity. An estimated 20k to 50k women, mostly Bosnian Muslim, were subjected to sexual violence in Bosnia during the war.

These stories have remained largely untold, due to the stigma and shame experienced by the victims and the ongoing struggle to rebuild lives. The women in Bosnia have displayed extraordinary courage, both during the conflict and in the aftermath, when they have borne the burden of rebuilding society, seeking truth and justice and reconciliation following the murder of the men.

Anousheh Haghdadi from Remembering Srebrenica, says: “The theme this year aims to shine a light on the untold stories and hidden victims of the Bosnian genocide, and use these stories to reflect on hidden dimensions of hatred in our own society.”

Councillor Flo Clucas, cabinet member for healthy lifestyles from Cheltenham Borough Council, said, “We are pleased to jointly host this important countywide event which helps to remind people of the devastating path discrimination, stereotyping and victimisation can take.”

Notes: The European Parliament passed a resolution in 2009 that all European countries commemorate Srebrenica Memorial Day each July.

On 11 July 1995, Bosnian Serb General Ratko Mladic and his forces seized the eastern Bosnian town of Srebrenica, which had been declared a UN safe zone in 1993. Over the following week, 8372 Bosnian Muslim men and boys as young as 12 would be murdered simply because they were Muslim. Women and girls were subjected to inhumane treatment, and in many cases, sexual violence.