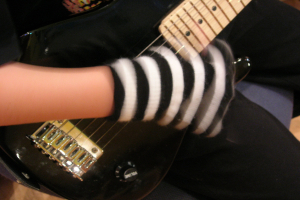 Festivals are part and parcel of Cheltenham culture, and to add to the rich mix, this Saturday (14 October) will see the launch of Mayor Fest – a live music event at Cheltenham’s Frog and Fiddle.

The event is raising funds for the Mayor of Cheltenham’s charity appeal 2017 to 2018. All proceeds raised on the night will go to the Hollie Gazzard Trust and Cheltenham and Gloucester Hospital Charity's Focus Fund (which supports cancer patients at Cheltenham Oncology Centre).

Whether its rock, rockabilly, funk or something else with over ten bands and artists you’ll be sure to have a great night out. Artists include: Cantaloop (who have regularly supported the Fun Lovin' Criminals), Erica, Reuben Lovett, The Strays , Galloping Cows and more.

The event will take place from 4pm onwards. Tickets are on sale now priced at £7 in advance from www.wegottickets.com/frogandfiddle or £10 on the door.

Cllr Klara Sudbury, mayor of Cheltenham, says: “I am passionate about live music and we have some fantastic bands and musicians in Cheltenham. Mayor Fest will showcase many of the great bands we have in our town as well as seeing the welcome return of ‘groove operators’ Cantaloop to Cheltenham.

Klara added: "Mayor Fest is definitely a departure from the usual sorts of events that mayors have as part of their fundraising year. Hopefully it will be a fun event, helping to raise money to support people facing cancer or domestic abuse and also make more people aware about the good work being done by both of my charities."