Two down, two to go 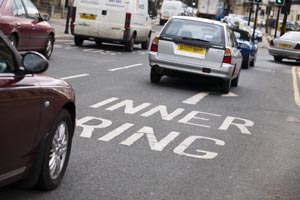 Cheltenham town centre is one step closer to its improvements as crews get ready to start the third phase of the Cheltenham Transport Plan (CTP) next week.

As part of Cheltenham Borough Council’s vision for a better town centre, the CTP involves making changes to the road layout around it. On Monday 15 January 2018, the third phase of this plan will start.

In order to make the best use of the existing road and get ready for any future trial closure of Boots Corner this next stage focuses on changing the layout of Royal Well Road.

Three new islands will be created on the road and will act to guide the traffic through the new junction correctly. Lane designations, road markings and signage will also mark the changes.

During the planning of phase three, the county council has been looking at the potential options for phase four, the trial closure of Boots Corner. By designing the phases at the same time, it makes sure that they will work effectively together once finished.

Phase three will be monitored once completed, and if everything goes as planned the trial closure of Boots Corner will be carried out under an experimental traffic regulation order (TRO) later in the year.

Work on the CTP started in April 2016, it is one of a number of projects that will bring benefits to both local businesses and residents in Cheltenham and surrounding areas.
These benefits include lowering vehicle emissions and encouraging healthier lifestyles as people make fewer car journeys in favour of walking, cycling and using public transport. Reducing traffic through the centre of Cheltenham will also revitalise the High Street, making it even more attractive.

The High Street will be revitalised and made more attractive with less traffic coming through the town centre.

As the local highways authority, Gloucestershire County Council has been delivering the vision on behalf of the borough council, and has so far seen changes made to Albion Street and Imperial Square.

Cllr Vernon Smith, cabinet member for highways and flood at Gloucestershire County Council said: “This is an ambitious scheme to help improve Cheltenham town centre and we are supporting Cheltenham Borough Council’s vision.

“We expect this phase of the works to be completed in two or three weeks during which we will of course make every effort to minimise the inconvenience.”

Cllr Andrew McKinlay, cabinet member for development and safety at Cheltenham Borough Council said: “This is the next stage in implementing the Cheltenham Transport Plan, which is improving the environment of Cheltenham town centre.

“Following on from the successful implementation of both phases one and two, I am confident that this latest stage will be equally successful.”

Media enquiries on the development and aims of the Cheltenham Transport Plan should be made to Laura Carter, Cheltenham Borough Council, 01242 264154, email communications@cheltenham.gov.uk