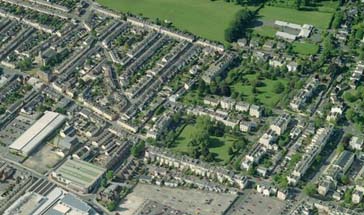 It has just been confirmed that the borough council has been successful in securing £3m funding for the Portland Street scheme, from the DCLG* Housing Infrastructure Fund.

133 council led projects across the country have been awarded funding to support local work which will make housing developments viable and get much needed homes built quicker.  Importantly for Cheltenham, the Portland Street scheme will deliver 40% affordable housing.

The Portland Street site secured a planning consent in 2013 however the housing developer withdrew from the UK housing market, focussing its priorities on other businesses.

The site was ultimately sold but viability has been a challenge, which is often the case on former brownfield sites.

Councillor Steve Jordan, leader at Cheltenham Borough Council said: ‘’This government fund was created in 2017 to deal with significant infrastructure demands.  We are delighted to have secured funding that unlocks this town centre site. In partnership with the developer, we aim to deliver around 140 housing units of which 40% will be affordable which is excellent news for local people.’’

David Moore, senior land and planning manager from local developer MF Freeman added: “This is really good news and we are delighted to have assisted Cheltenham Borough Council in securing this funding. We will continue working with the council to bring forward a residential-led development on this site.”