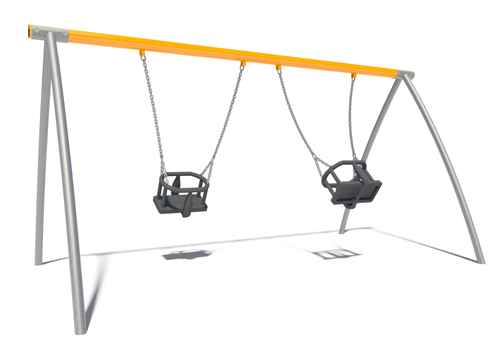 A new climbing tower and themed bus will be making their way to the ABC play area in Fairview, thanks to a planned make over.

Residents are welcome to share their thoughts about the plans before 26 February.

£60k will fund the three new pieces of equipment - which also include a roundabout – as well as new surfacing across the whole play area.  The funding will come from the council’s 5 year capital playground improvement programme which allocates funding to make sure that play areas are safe and fun spaces, in all areas of the borough.

Malcolm Walls, green space development officer said:  ‘’This is a much needed make over for a play area that has become rather run down.  The new equipment is about much more than physical activity, it will also offer social interaction, imaginative play, educational play and excitement for children and their families.’’

The refurbishment proposals can be viewed online will be shared in the surrounding neighbourhood including schools and nurseries and the posters will be on display at the park.

Any comments about the proposals can be emailed to greenspacedevelopment@cheltenham.gov.uk or residents can phone 01242 262626, by 26 February.

The 5 year plan – approved by cabinet - has allocated funding across Cheltenham’s play areas based on the life expectancy, safety, play value and access to the play area and the equipment.