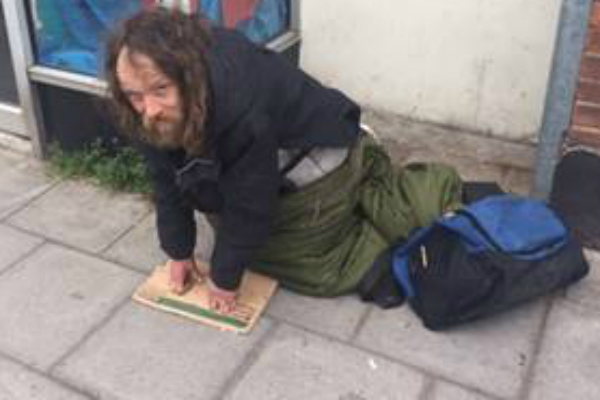 The injunction was served after Mr Dainton had been warned numerous times by the police and council staff to stop causing harassment, alarm and distress through begging.

Mr Dainton would sit and pretend to be homeless ‘on an almost daily basis’ to beg outside shops in Cheltenham. He would bring along items which he used to make himself look like a rough sleeper and persuade people to part with their cash, even though he was in receipt of full benefits including housing benefit.

The case against him was brought by Solace, a joint team that includes officers from Gloucestershire Constabulary, Cheltenham Borough Council and Gloucester City Council.

Solace team leader, Louise Boyle, says: “Before taking enforcement action we were aware that Mr Dainton when begging was telling members of the public that he was homeless, however, he had accommodation. We were also aware that he was then using this money gained from begging to fund his drug habit.

“We followed a process of a verbal warning, a letter of concern and a final warning letter asking Mr Dainton to stop his behaviour; at each stage he was also signposted to where he could receive support in the hope that it would help him break the cycle of drug use.

“Solace is committed to reducing anti-social behaviour in both Cheltenham and Gloucester through support and where needed enforcement action.”

The civil injunction order imposed by the courts forbids Mr Dainton from:

1 engaging in conduct which causes or is capable of causing harassment, alarm or distress.

3 begging at any time within the town of Cheltenham.

4 Mr Dainton is required to attend and engage with Change, Grow Live.

If anyone witnesses Mr Dainton breaching his ASBI please contact the police on 101 or the Solace team on 01242 264368. 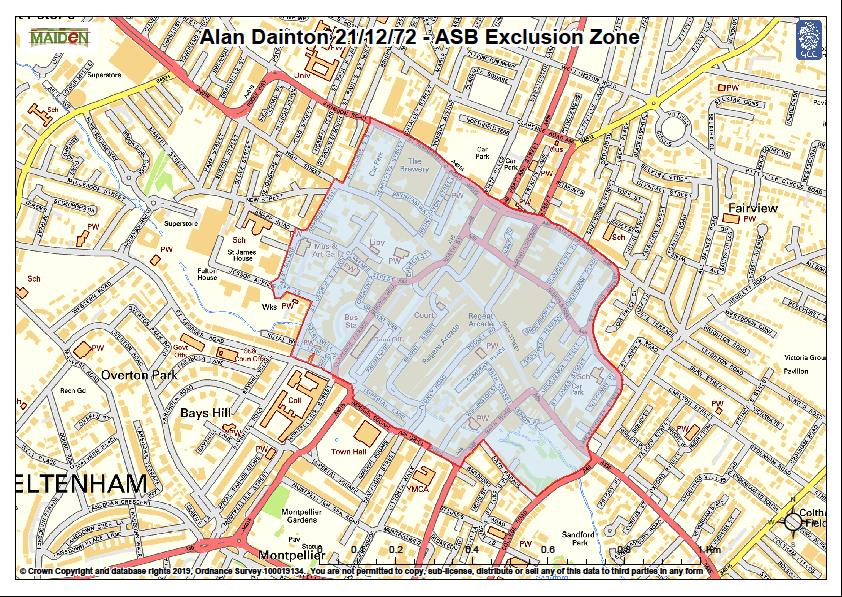