Results are in for independent resident satisfaction survey 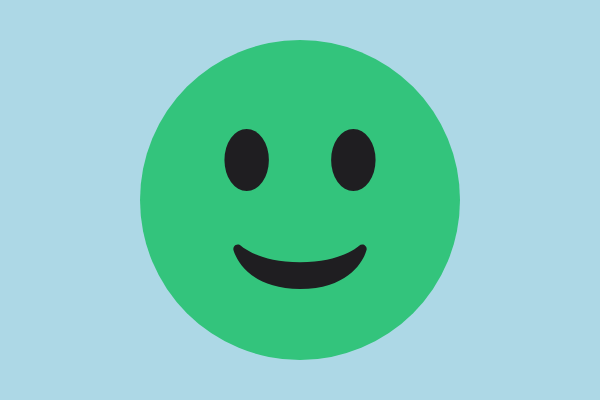 A recent independent resident survey has revealed that 84 per cent of Cheltenham residents are satisfied with their local area as a place to live.

Four in five of those asked, said they were proud to live in Cheltenham.

The survey –conducted in summer 2019 by BMG Research – was sent to a total of 5,500 postal addresses, randomly sampled across all Cheltenham wards.  It was designed to reveal local residents’ perceptions of living in Cheltenham, their view of local issues and council priorities and their level of satisfaction with the council.

Residents’ satisfaction with the area they live in, at 84 per cent, scored higher than the Local Government Association (LGA) benchmark (80 per cent) and the BMG urban authority benchmark (80 per cent). 86 per cent of respondents scored the council’s parks and gardens highly, saying they were satisfied with the council’s work in this area, with 89 per cent showing support with the council’s move towards more sustainable planting which require less maintenance than traditionally planted seasonal flowers.

When asked to select up to three priority issues from a total of fifteen for the council to focus on, the most commonly selected were:

Seven in ten residents said that they were satisfied with household recycling and waste collections, with 61 per cent of residents showing satisfaction with cleanliness of the streets in their area.

The most common reasons for people moving away from the borough related to job opportunities and career progression.

Councillor Rowena Hay, cabinet member for finance said: ‘’Residents’ surveys are frequently carried out by councils to collect a statistically reliable insight into local people’s perceptions about living and working in Cheltenham. The results are pleasing in many respects; overall people are satisfied living here and with many council services. It is worth noting that we have already started to take action to address issues highlighted within the report findings and we will continue to use this resident insight to inform current and future decision making.’’

The council is directly addressing a number of common themes raised in the survey, for example:

This infographic has been produced to show an overview of key results. 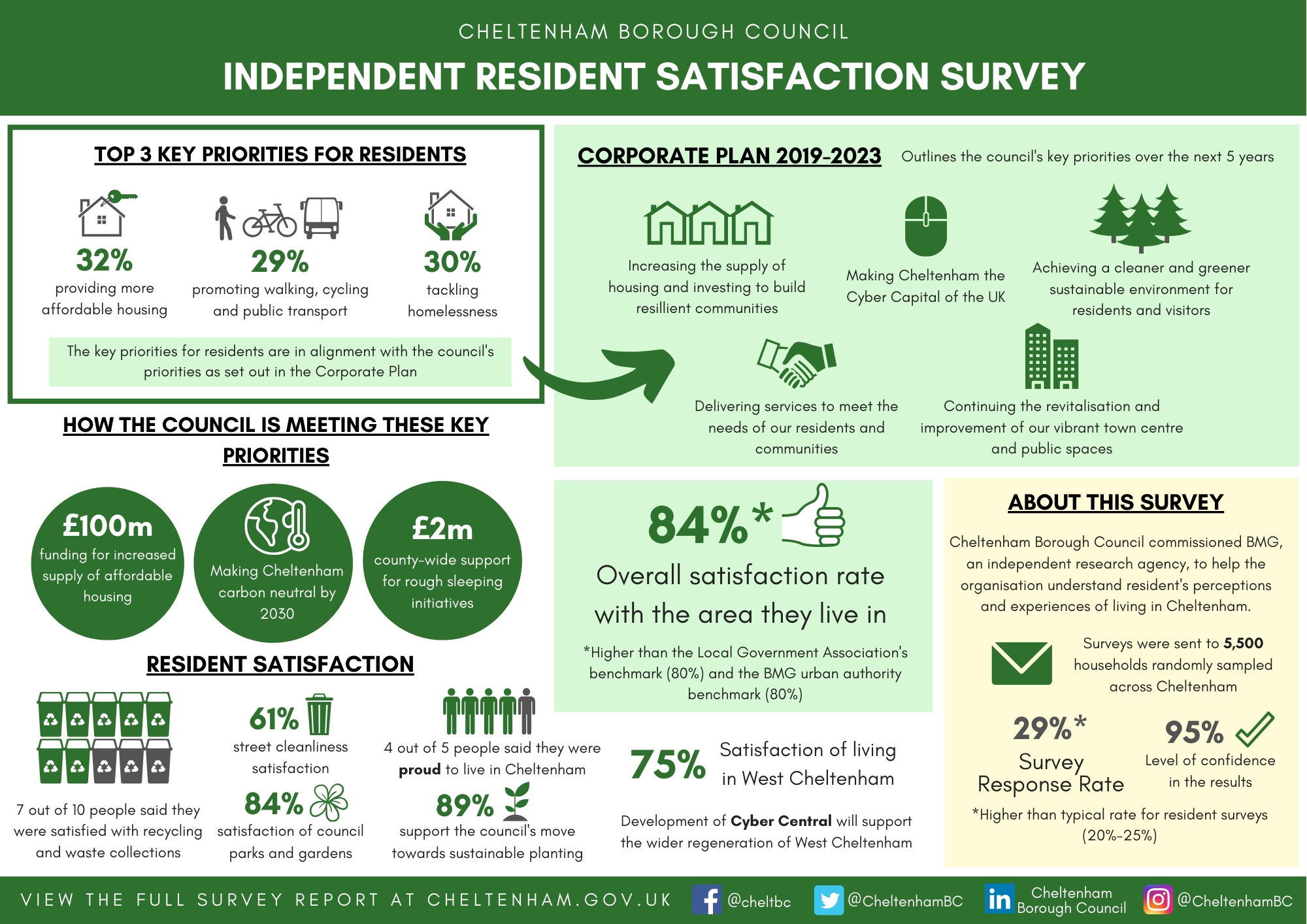 Cabinet considered the report findings on 17 December and supported subsequent recommendations to: repeat the survey in three years’ time; use the results to inform council service plans; and share results with partner organisations particularly in area where further improvements are needed.

The full cabinet report (including methodology) can be found at: www.cheltenham.gov.uk/cabinet/residentsurvey2019

The survey results can be found at: https://www.cheltenham.gov.uk/resident-survey-2019-results