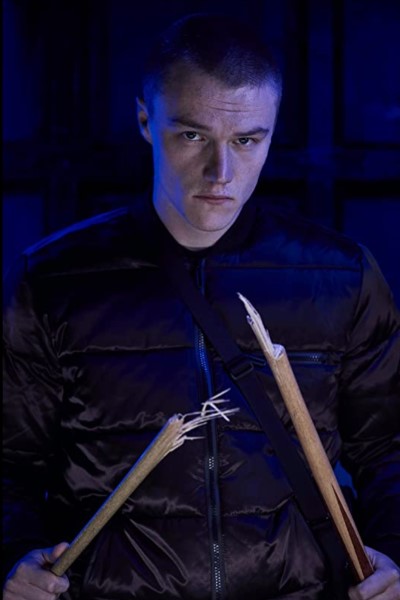 ‘Break’, the first UK film to be premiered at a drive-in cinema will come to Cheltenham in August.

A series of films, including the independent snooker movie ‘Break’ will be shown on 15 and 16 August 2020 at the Cheltenham Town FC ground. The event, arranged as a Covid-safe drive-in screening, shows that Cheltenham remains a go-to destination for a diverse range of cultural events.

On 21 July 2020, a virtual licensing subcommittee was live streamed to the council’s YouTube channel where the application by Break Films to show their new thriller film at a temporary drive-in cinema was considered.

The meeting successfully resolved concerns and objections put forward by Gloucestershire Constabulary about the potential impact of the event on the local road network and the local community. Much of the successful outcome was due to the police’s knowledge from their long-term match-day liaison work. This knowledge helped guide the applicant to adjust plans to ensure a safe, community-friendly event, which will see a series of silent screenings as all the sound, including PA announcements, will be via an FM channel to people's car radios and the road network managed.

Cllr Paul McCloskey, vice-chairman of the licensing committee, said: “I'm very pleased with the outcome from yesterday’s meeting. Break Films are a small innovative company whose launch plans for their film 'Break' were completely de-railed by the Covid-19 pandemic. Thanks to some very constructive engagement by the police, a way was found to resolve the concerns about traffic management. This is good news for the businesses organising the event and the people of Cheltenham who will be able to enjoy a socially distanced trip to the movies.”

Terri Dwyer, producer at Break Films, continued: ‘’Break Films would like to thank the Cheltenham licensing committee and the police for allowing Break Films to have a voice. It was refreshing and inspiring to see all departments working together to make the Cheltenham drive-in happen.’’

"My team were pleased to be able to use our extensive experience of the location and its potential challenges to the local community to support the applicant in revising their proposal of the drive-in movie site at Cheltenham Town FC.”

The council continues to ensure that meetings can still take place amid the current social distancing restrictions, and currently requires those involved in meetings to participate via video conference.

The application was made under the Temporary Event Notice protocol, which only allows the Police or Environmental Health to object, and must be determined by the Council either by being granted or by the issue of a counter-notice refusing the event.

The traffic management concerns by the police related to getting vehicles efficiently into and out of the car park, and they were able to share their considerable local knowledge from many years of managing match-day events.

Please read the Visit Cheltenham guide, We're Open for full details of the businesses that have reopened since the lockdown and the guide to visiting Cheltenham this summer.

Please read the Visit Cheltenham guide, We're Open for full details of the businesses that have reopened since the lockdown and the guide to visiting Cheltenham this summer.