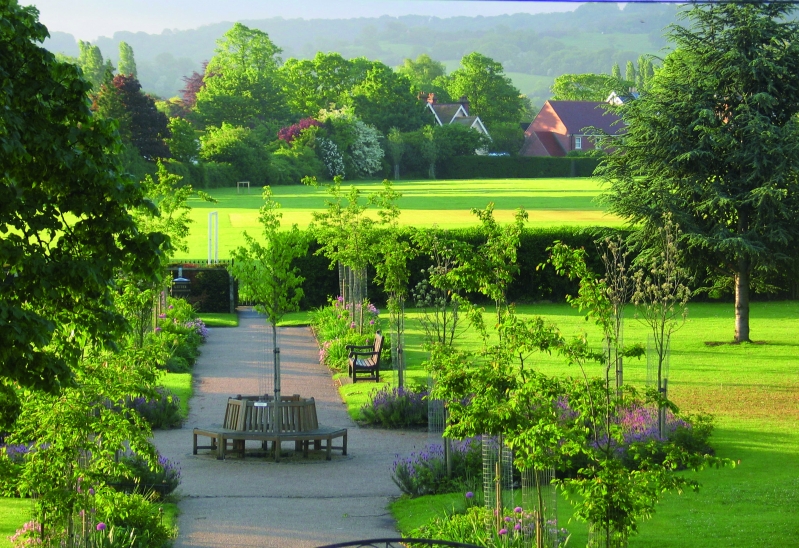 Naunton Park and Winston Churchill Memorial Gardens in Cheltenham have retained their Green Flag Awards for a second year running.

The two parks have been nationally recognised as some of the UK’s very best, and are joining four others as award-winning green spaces: Montpellier Garden, Pittville Park, Springfields Park and Hatherley Park, all of which are receiving mystery shopping judging. Pittville Park is being judged in order to retain the coveted Green Heritage Award.

“We know how much quality green spaces matter to residents and visitors, and this award celebrates the dedication that goes into maintaining Naunton Park and Winston Churchill Memorial Gardens to such high standards.”

The six parks are among a record-breaking 2,000 UK parks and green spaces and 131 in thirteen other countries around the world that will receive a prestigious Green Flag Award, the mark of a quality park or green space.

Adam Reynolds, greenspace manager at Cheltenham Borough Council said: “Retaining the Green Flag Awards this year bears testament to the dedication and endeavours of our volunteers. Despite the difficulties of this year, they have worked tirelessly to fulfil and improve the standards expected of a Green Flag accredited park. The Green Space team are proud to work in partnership with them as it proves what can be achieved through community action”.

Following strict guidelines to ensure the safety and wellbeing of volunteers and the public, working parties can still be seen every second and fourth Thursday morning each month, working hard to keep the high standards maintained.

Chairman of the Friends group Graham Gage said: “Once again we have shown that the volunteering effort amongst our green spaces in Cheltenham brings rewards not just for the volunteers themselves but for the townscape generally.

“We all have a part to play in keeping Cheltenham a healthy green place in which to live.”

The Green Flag Awards scheme is run by the environmental charity Keep Britain Tidy, under licence from the Ministry of Housing, Communities and Local Government, in partnership with Keep Scotland Beautiful, Keep Wales Tidy and Keep Northern Ireland Beautiful.

Naunton has retained the award for over 10 years. Winston Churchill Memorial Gardens has won back its Green Flag award in 2018 and was previously help from 1998 to 2002.