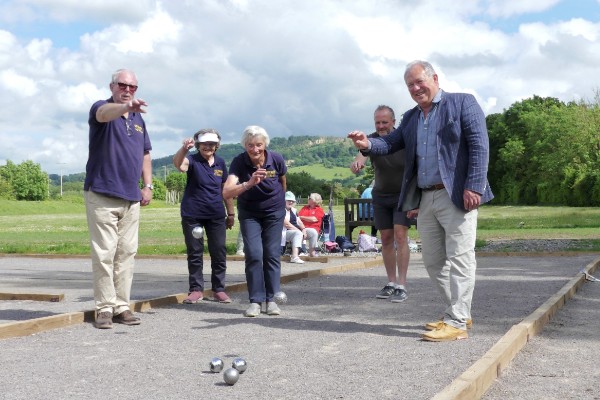 The court has three lanes with a compacted fine stone surface, and is the third green space in Cheltenham to get a court, with others located at Hatherley Park and Sandford Park.

Cllr Victoria Atherstone, cabinet member for culture, wellbeing and business, said: “Cheltenham is well known for its fantastic parks and green spaces. We’re pleased to bring yet another boules court to Cheltenham and hope that residents of all ages will benefit from this fun outdoor sport.

“Brizen has lots of facilities for children and young people, and the court will provide an extra activity. A local club has also requested the court for use for league matches which is great news!”

Nigel Pentanque, a member of the local U3A and Petanque England, continued: “The terrain in Brizen Park is a terrific facility, available to all. Its location in the park has introduced more Cheltenham residents to playing in a sociable environment.”

Work for the court has cost a total of £10,000, and has been funded by Gloucestershire County Council.

“I was approached by boules enthusiasts who wanted to play near to where they lived, and have been pleased to help by drawing upon Shire Hall’s ‘Growing our Communities’ fund to turn their dream into reality.”

For information on Cheltenham’s parks and facilities, visit: www.cheltenham.gov.uk/parks.