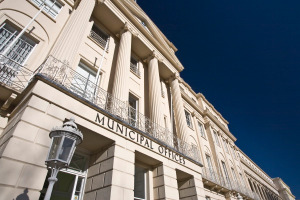 Cheltenham will be commemorating the 81st Anniversary of the Battle of Britain on 19 September 2021, remembering the day when RAF Fighter Command claimed victory over the German Luftwaffe in 1940.

Mayor of Cheltenham, Cllr Steve Harvey, said: “I am very proud to be able to honour and remember this day in our nation’s history, and remember the sacrifice of many brave men and women. It is also fitting that we remember our Commonwealth and European allies who stood with us maintaining freedom. We will be forever grateful.”

Air Marshal Sir Dusty Miller, president of the Cheltenham Branch of the RAF Association, commented: “Eighty-one years ago our Nation faced its darkest hour. Our pilots confronted a numerically superior and more experienced force, determined to destroy the RAF as a prelude to invasion.

“Even though much of Europe had already fallen, our pilots were courageously helped by those from 15 other countries who came to England; they were supported by the RAF ground crews; their efforts were directed by the people in the Sector Operations and Filter rooms; as well as the countless civilians who lived and toiled directly under the bombsights of the enemy, yet steadfastly refused to yield.

“Our freedom today is owed directly to their sacrifice.  We will remember them.”