A Safer Cheltenham as neighbourhood team given green light 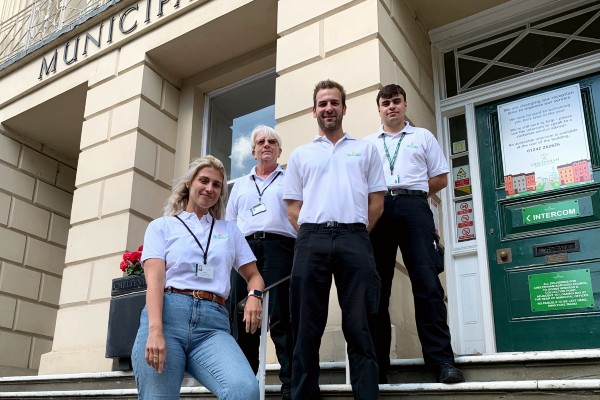 The council in its continuing efforts to combat anti-social behaviour and nuisance has made the neighbourhood team permanent following their successful trial, launched in 2019.

The officers spend most of their time out on patrol in Cheltenham neighbourhoods, meeting the community and identifying and dealing with incidents and issues residents report as causing concern.

Cllr Martin Horwood, cabinet member for customer and regulatory services, said: ‘’Our neighbourhood team have had real success in dealing with everything from graffiti to fly tipping and dog offences to abandoned vehicles. These kind of things don’t always make it to the top of politicians’ agendas but I know they really matter to local people and Katie and the team’s efforts are making a real difference to people’s quality of life. The decision to make the team permanent reflects this success.”

“Our team monitor, investigate and patrol the whole of the Cheltenham. We’ve focused on encouraging Cheltenham’s residents to come forward and raise any issues they’re facing in their community, which we can help resolve.”