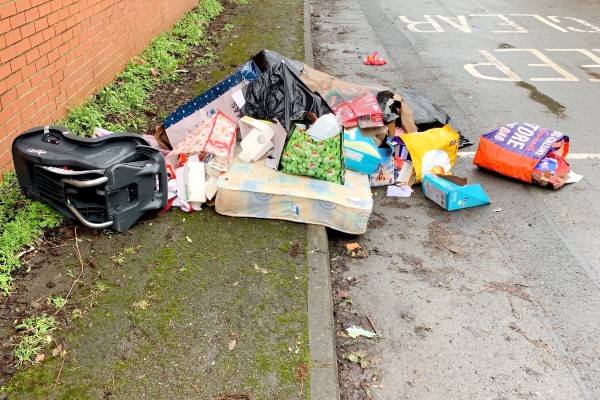 A local man has been prosecuted for fly tipping and fined £400.

This followed an investigation by the council’s neighbourhood team.

An investigation traced the waste back to Mr McCoy and a Fixed Penalty Notice was offered to him. Mr McCoy failed to pay the notice of £250 and, as his actions went against Section 33 of the Environmental Protection Act 1990, the matter was brought before the magistrates’ court.

On 9 February, Mr McCoy failed to turn up to court and a warrant was issued for his arrest without bail; he handed himself into the police on 27 February 2022.
Mr McCoy was fined £400 and the council was awarded its full costs of £1,137.21.

Cllr Martin Horwood, cabinet member for customer and regulatory services, said: “We are pleased that the court awarded full costs on this occasion. Fly tipping causes misery to our local communities and poses a potential danger to public health and to wildlife.

“Fixed Penalty Notices are a swift and transparent enforcement tool to prevent and deter such crimes and are usually effective as an alternative to prosecution. However, where notices are not paid the council will prosecute and seek to recover costs of the investigation and waste removal so that this doesn’t fall to the tax payers of Cheltenham.”