Celebrating the Independence Day of Ukraine 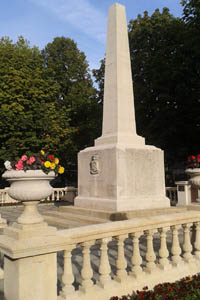 On Wednesday 24 August 2022, Ukrainian nationals - including our Ukrainian families and their hosts in Cheltenham - will mark their Independence Day; exactly six months since Russia's invasion, and 31 years since declaring independence from the Soviet Union.

The council is encouraging local people to show their support for Ukraine on Independence Day by either laying a sunflower at the war memorial or display an image of sunflowers - the national flower of Ukraine - in the windows of their homes.

At an informal event of reflection, mayor, Cllr Sandra Holliday and leader, Cllr Rowena Hay, will lay a civic wreath at the war memorial on the Promenade, at 4.30pm on Wednesday 24 August; and residents and visitors are invited to lay their own sunflower there at any point throughout the day.

Cllr Rowena Hay, council leader, said: “As a Town of Sanctuary we continue to offer a warm welcome to our new residents from Ukraine. As part of our continued support for Ukrainian people we are laying sunflowers - the national flower of Ukraine - as a symbol of hope for the future on this significant day.”

Ewhen Nebesniak, of the Ukrainian Association in Gloucester, continued: “Under normal circumstances today would be a celebration, like it has been every year since 1991. However, we take this opportunity to reaffirm the country’s independence.

“Ukrainians want to continue down the path of freedom, democracy, of working together with other nations and cultures, and we are looking to the future.”

For those residents who wish to display an image of sunflowers in their homes, No Child Left Behind (NCLB), has provided a template of a sunflower image. This can be downloaded, printed and then coloured in by local families to display in their windows to help show support for Ukraine. The free poster can be downloaded from the council’s website.

In addition, The Cheltenham Trust has been, and will continue to display lights in the blue and yellow of the Ukrainian flag nightly at Cheltenham Town Hall.