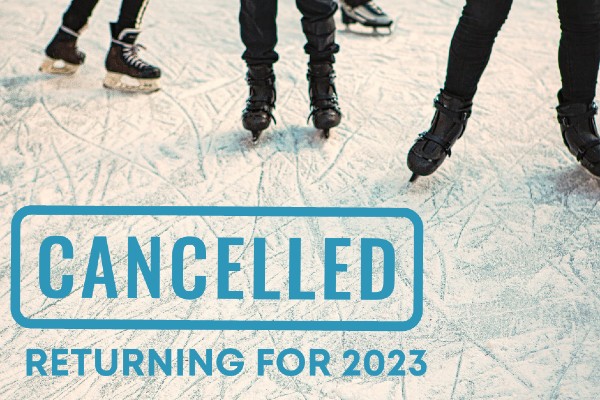 Cheltenham Borough Council has today regrettably announced that the town will not be hosting a Christmas ice rink in 2022.

Significant steps have been taken to run an ice rink this year despite the challenges, however increased event costs due to inflation and the ongoing impact of Covid-19 has led to the reduction in event suppliers.

Tracey Birkinshaw, director of community and economic development, said: “We have faced many different pressures this year and regrettably it has become clear that this year’s ice rink has become undeliverable.

“Some of the issues we’ve experienced were around procurement for a company to supply the ice rink; we carried out two rounds due to a limited response the first time. The respondent submitted a second response at approximately double the budget set out, making that option uneconomic. It also became clear that the ice rink was being sourced internationally via a third party, without certainty of deliverability.

“This, along with environmental concerns relating to the source of the ice rink we were offered, and combined with concerns in the local community, has led the council to take the difficult decision not to proceed with the event this year.

“We are committed to bringing back an ice rink for 2023 and are pleased that there are over 50 other festive events happening in the town for our residents and visitors.

“There will be Christmas markets on the Promenade, the annual panto at the Everyman Theatre, festive events at Pittville Pump Room and the Garden Bar by the town Hall, as well as a brand new Nutcracker Christmas trail around town.

“There are lots of reasons to choose Cheltenham this Christmas and we’re looking forward to welcoming our residents and visitors to join in with our festivities and support our local businesses.”

For information about festive events on in Cheltenham this Christmas, visit www.visitcheltenham.com/christmas.

Notes:
Additional information:
Two rounds of procurement had taken place this year, a formal planning application was approved and non-diesel fuel sources had been agreed in response to environmental concerns. Regrettably significant risk around finances, procurement and the environment, combined with the council listening to community concerns, has led to its cancellation.

The council tried a second time to procure an ice rink after an unsuccessful round earlier in 2022, and found a supplier, albeit at higher cost than the 2021 event.
However the council was unable to proceed to signing a contract with that supplier due to various issues relating to financial demands, and the uncertainty over the availability of the ice rink and associated infrastructure.

The ice rink being offered to the council by its chosen partner was initially stated to be in the UK and owned by the supplier. However, it became clear that the ice rink was being sourced internationally via a third party, without certainty of deliverability.

In deciding not to proceed this year, the council has reaffirmed its commitment to bringing back an ice rink in 2023. It is hoped that this will be powered entirely by electricity, following the installation of new infrastructure to serve events in Imperial Gardens, subject to a successful funding bid to the UKSPF fund.