Cheltenham Borough Council should get its money back from Icelandic banks 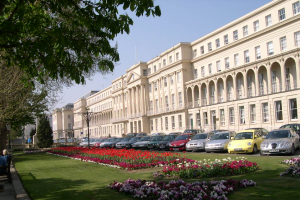 Cheltenham Borough Council is delighted that it should get back money deposited with Icelandic banks, Landsbanki and Glitnir.

Law Firm, Bevan Brittan released: “We are delighted the Icelandic Supreme Court has found in favour of UK local authorities and other UK wholesale depositors.

The judgement means that for UK authorities claims have been recognised as deposits with priority status over other creditors’ claims. This means they will be paid first when it comes to getting their money back and will recover almost all of the money they had on deposit with the failed Icelandic banks.

This decision which comes more than three years after the banks failed is a huge victory.

The way in which the LGA and our legal advisors have co-ordinated the legal action with other local authorities has minimised legal costs whilst enabling us to advance the strongest possible arguments to secure this result. The cost of the litigation to date amounts to less than one per cent of the amount we except to recover.

We await confirmation from the winding up boards of both banks that will apply the Supreme Court decision to the non-test cases and/or their intended next steps.”

Mark Sheldon, director of resources said: “The decision is very good news for Cheltenham as the test cases have set a precedent for the non-test cases. Cheltenham had deposits of £5 million with Landsbanki and £3 million with Giltnir. It is likely that we will receive the majority of this money.”