Ubico – providing environmental services to Cheltenham and the Cotswolds 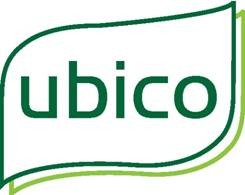 The local authority company which will be set up this year to provide environmental services in both Cheltenham and the Cotswolds is close to becoming a reality.

It comes into being in April 2012 when environmental services staff from Cheltenham Borough Council transfer across to the company.  They will be joined by their counterparts from Cotswold District Council – and waste collection workers from SITA UK – in August 2012 when SITA UK’s contract finishes in the Cotswolds.

The company, which will be known as Ubico Ltd, is wholly owned by both authorities.  Working in partnership, they will provide a range of services - including waste collection, recycling, and street cleansing - across both areas. Once it is up and running across both areas, Ubico will save an estimated £700,000 in running costs.  Savings will be made through efficiencies in areas such as vehicle servicing and maintenance and optimising the value of recycled materials.

The suggestion to name the company Ubico was submitted by a member of staff.  Commenting on this choice, designate Non-executive Director Grahame Lewis, said: “We wanted to convey a sense of the company having a wide area of responsibility affecting a lot of people, and this play on the Latin word ‘ubique’ - which means ‘everywhere’ - appealed to us.”

In order to minimise design costs the in-house graphic designers at Cotswold District Council produced the logo bearing the company name which needed to be quite distinct and applicable to a range of uses.

From a resident’s point of view, there will be no apparent changes to collection arrangements – the same workers will be on the streets and the switch to Ubico should be seamless. The only noticeable difference will be in the Cotswolds where the transfer will pave the way for the introduction of kerbside plastic recycling.