New code of good practice for metal retailers in Cheltenham 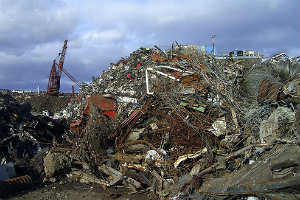 To help reduce the level of metal thefts in Cheltenham, registered scrap metal dealers have signed up to a new code of good practice for their sales.

Cheltenham Borough Council, in partnership with Gloucestershire Constabulary, has been working with the dealers to introduce the scheme in Cheltenham which will see a number of practical steps introduced to deter the sale of stolen metal in the borough.

Under the scheme dealers will be required to keep full contact details and photo identification of all customers; not pay for scrap in cash until photo identification has been received; retain CCTV images for 14 days; and not accept scrap metal from anybody arriving on foot.

The code of practice was first piloted in the Forest of Dean in 2011 and saw a 33 per cent drop in metal theft in the first six months after the scheme was implemented. To build on this success, the code is now being introduced in the remaining five districts in the county.

Councillor Peter Jeffries, Cabinet member for housing and safety, said: “We are committed to work with key stake holders to do as much as we can to reduce the amount and effect of metal thefts both in the borough and more nationally.

“We are extremely pleased that our registered scrap metal dealers have agreed to adopt the new code of practice which shows they are committed to do their part in dealing with the issue of metal theft. We will continue to work with them and other stakeholders to identify unlicensed dealers in the borough.”

Chief Inspector Andy Wasley, added: "This new code of good practice will further enhance the work Gloucestershire Police are already doing in this area as a key strategy for clamping down on metal thefts is tackling the illegal trade of goods. We were pleased that the majority of dealers we have visited as part of policing operations have been fully supportive of our work and have been carrying out their business legally."

Andrew Burke from Burke Bros Cheltenham Ltd commented: “We fully support the code of practice and welcome the changes which should reduce metal theft.”

Statistics for scrap metal thefts in the Forest of Dean
In 2010, before the project was implemented; county-wide metal thefts were rising steeply month-on-month. From November 2010 to April 2011, there were 112 offences compared to 63 offences in the previous six months, which was a rise of 79 per cent. Following full implementation of the project in April 2011, metal thefts reduced to 75 recorded offences for the next six month period.